Ok, as you guys know, I went out to the most abandoned city in America again on Saturday. Said I’d post a few photos. As always, more photos and larger versions available at my flickr stream at http://www.flickr.com/photos/cityeyes
Here they are:

A shutter, busted out from either wear through time or a vandal, sits in the center of the hallway of an abandoned apartment complex connected to one of the most famous theaters of the 1950’s. 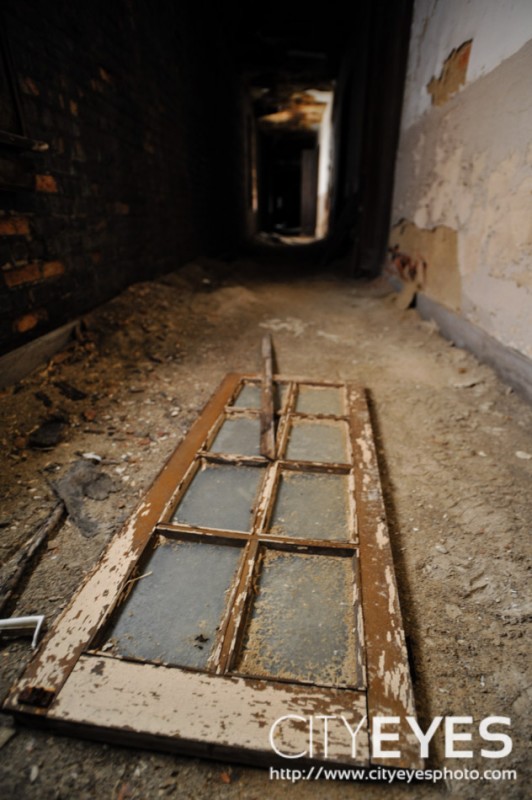 Stage lights litter the floor near the exit to the theater. I’m surprised they haven’t been broken, but many explorers that come to this area of town are dedicated enough to leave things where they were found and smart enough to watch their step – you never know when you’ll hit some rotten wood and burst through the floor. 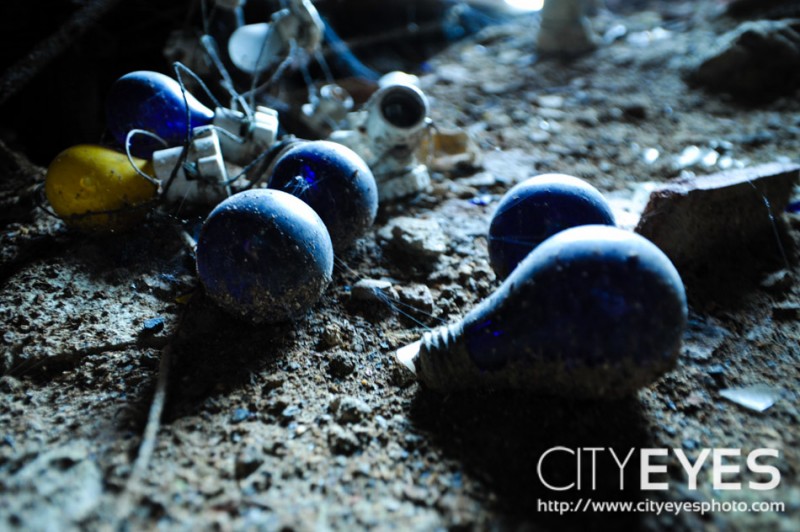 The main hall of a disused auditorium. This is actually the first time that I’ve visited this area. The actual “auditorium” part of the building is completely overgrown with weeds. The stairs of the auditorium were carved out of ornate limestone. It almost seems as if someone had swept them because they were oddly clean considering the condition of the building that they were in. 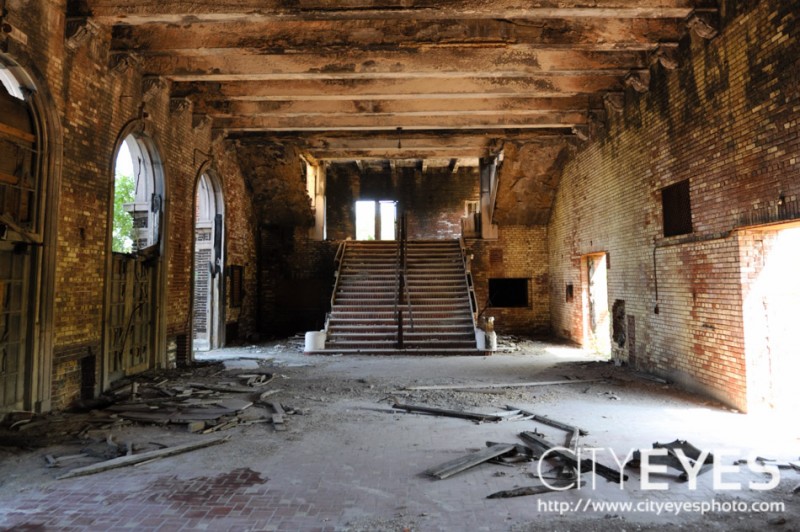 Obligatory Peeling Paint Shot. I don’t usually like to take these, but the lighting in this room was too good to pass up. I also couldn’t get over how green that paint was. 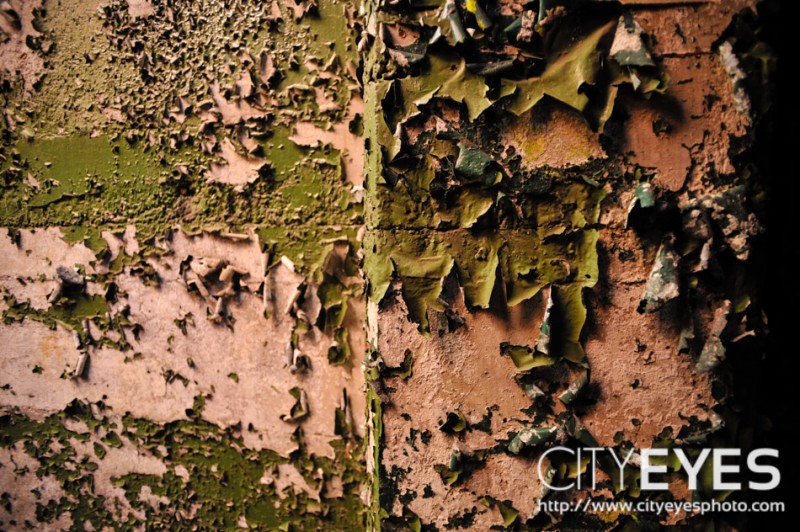 A gigantic pile of clothes sits among many others in the abandoned warehouse. I ran into another explorer on the same day and he filled me in on the whole situation – apparently some woman had promised to fly all of these articles of clothing over to third world countries and instead ditched it all in abandoned buildings across the city. Sneaky. Equally messy – piles of paper littered the floors in what seemed to be a storage room. Receipts from the 50’s on are present in this room. 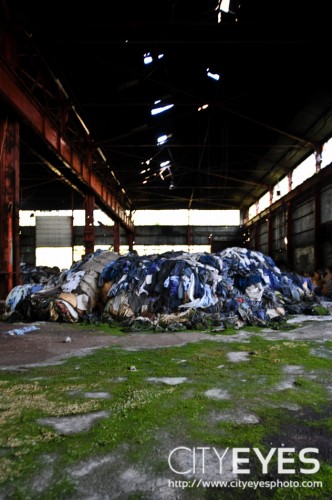 Andrew sees the light – the dust from the floor of the old warehouse highlights two beams of light which happen to fall right on my friend. In another room, a door sits – signatures dotting the entire surface. Some of them even date back to the 50’s. 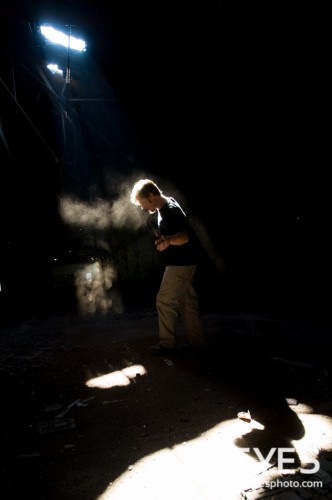 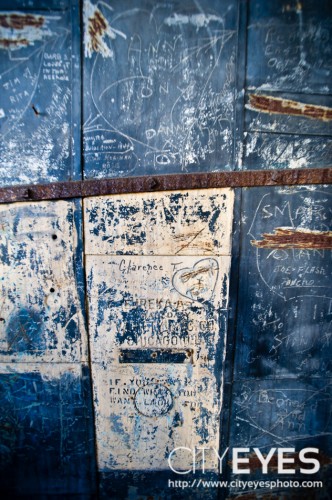