We started the day with plans to explore two abandoned hospitals in the area. The hospital has been a historic point of Chicago since it was built and even had a popular TV sitcom based on it. The hallways were gigantic, but also very empty. Being a county hospital, the city had pinched every penny from the closure that they could. 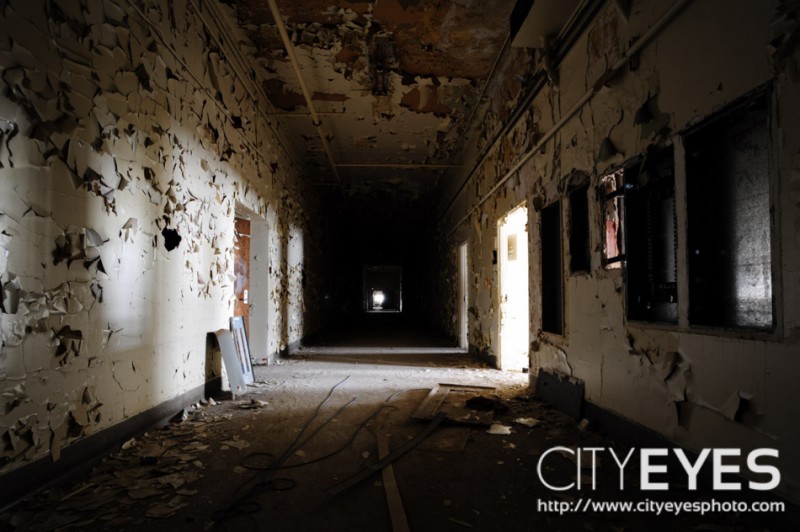 There was almost nothing left but the structure of this building. Rooms stood completely empty with only a scrap or two of metal or a radiator against the wall.: 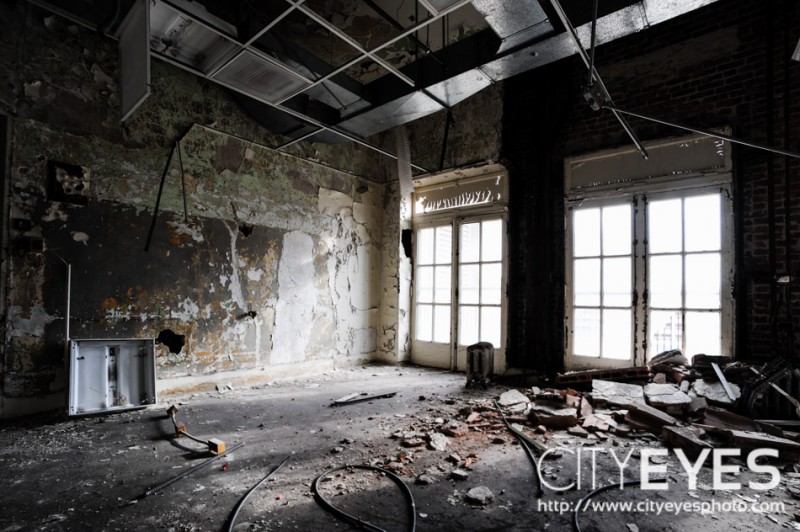 Making our way up to the top floor, we could see the Chicago skyline outside of the window. I wound my way through a small hallway to find an oddly placed auditorium that was probably used for the observation of surgeries at one point. The floor of the auditorium where the instructor once stood was now completely filled with what seemed to be heating equipment. A hulking wall of aluminum blocked us from going any further down the stairs. 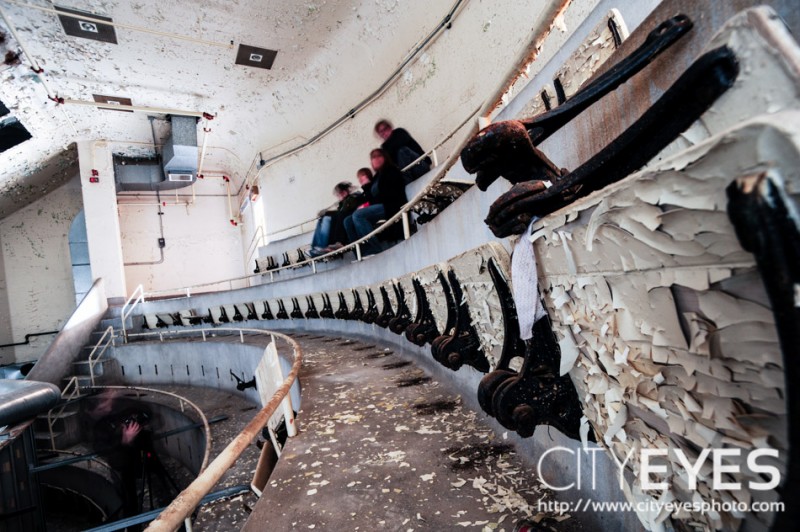 The hallways were as gutted as the actual rooms. I have no idea why, but dirt was covering the ground of this 7th floor hallway.

We exited the first of our destinations and made our way to the second. This hospital, midway between the point where a building is closed and the point where demolition work starts, was much more interesting. It was full of leftover equipment, records, x-rays, film – you name it. Unfortunately, we were running low on daylight so we were forced to rush through.

The hospital felt as if everyone had just gotten up and left. Not a single room in the building that we were able to explore was completely empty. Chairs, piles of records, even medical equipment was just left to rot. 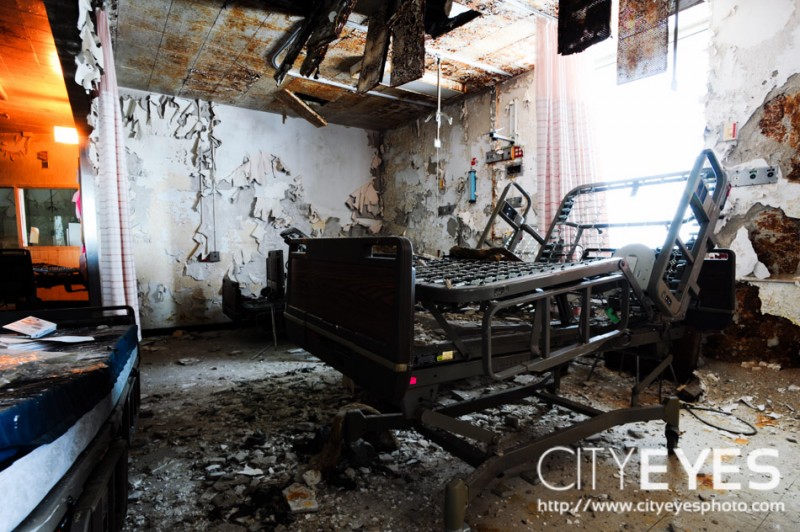 The furniture in the building was dated. Seems the last time that they actually refurnished the place was in the seventies, although I’m pretty sure it closed much more recently. 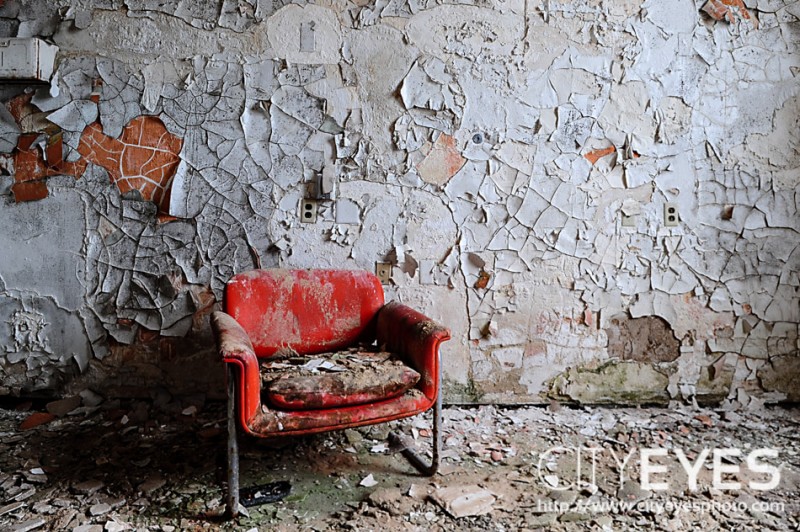 The halls were dark, full of furniture and debris. Peeling paint coats floors that have paint, other halls are lined with tile that has not yet fallen off. 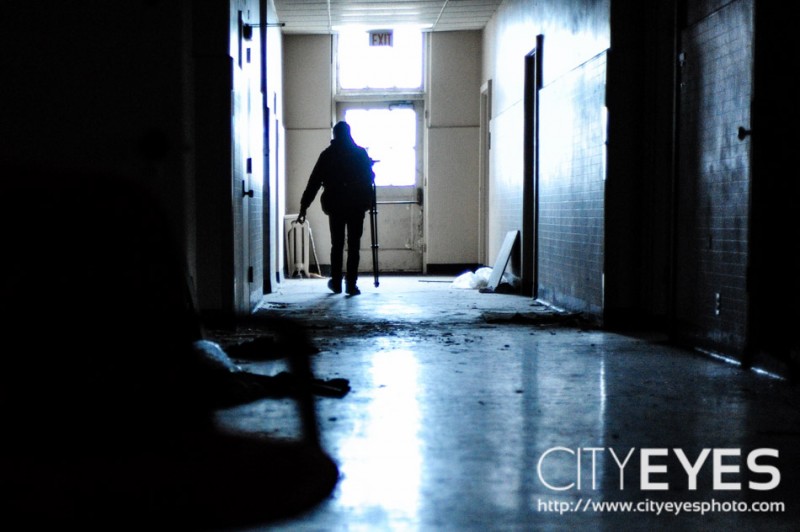 Meet the most frightening CPR dummy that you’ll ever see. 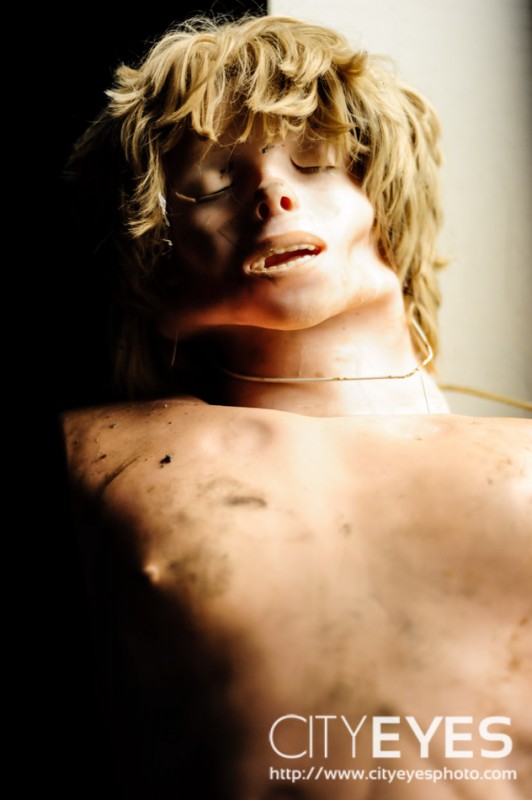 One of the most surprising and incredible things that has ever happened to me while exploring suddenly happened. We were wandering around looking for a way to make it to the basement and something insane happened. We were in a dark stairwell. Dirty floors, peeling paint everywhere, no lights, darkness – suddenly, we opened a door and found ourself in one of the most pristine abandoned buildings that we had ever been in. It felt surreal, almost dreamlike. The colors on the walls were the same as they were when the building closed, the floors almost looked waxed. It was crazy. We were in a hurry (many windows, well lit), so I couldn’t get a great photo. 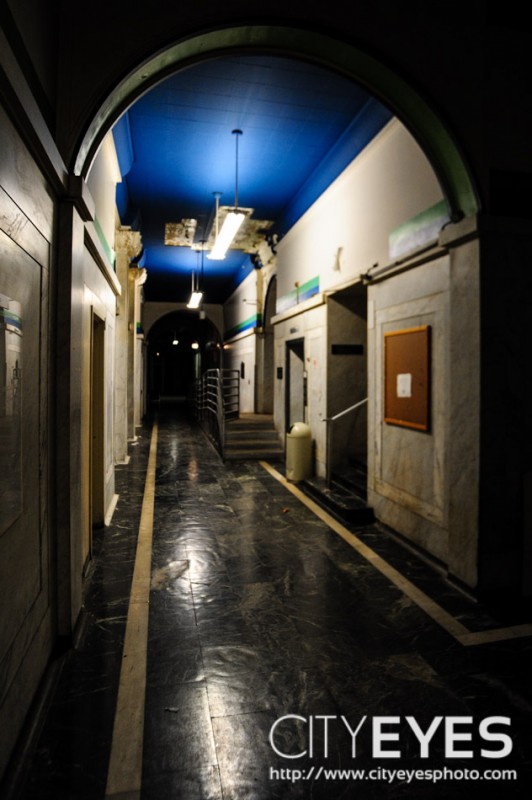 More to come of course.

To see more of my abandoned photos, check out my main site.

Ok I’m back after a few weeks of slacking for some more uploady goodness.
First off, I returned to the hospital complex that I went to last time. We explored a few different buildings, although I didn’t get photos in many of them because it was so dark.

The nurse’s residency was one of the places that we hit. The bottom floor actually had a boarded up ballroom with wood floors, chandeliers, a fireplace – the works. There was even wood left in the fireplace from the last time that they had extinguished the flame before they abandoned the building. We walked up a few floors to find room after room.

Colorful rooms, they were painted with almost childlike colors contrasting with the dull decay of the hallway. 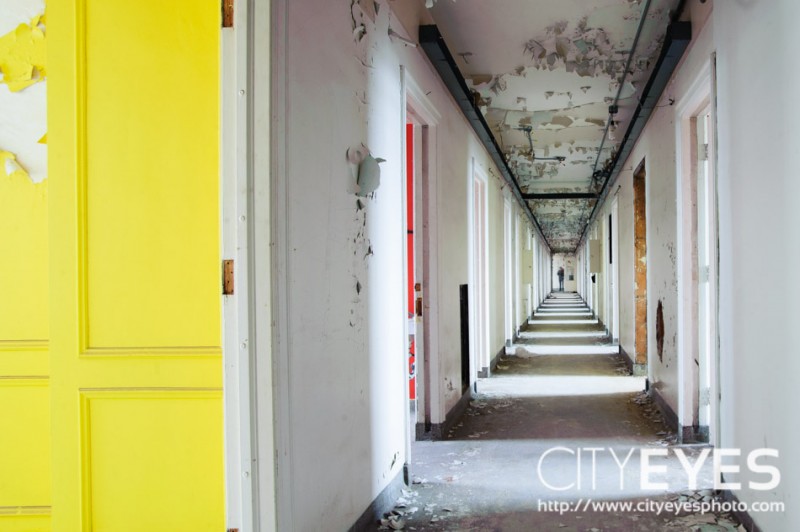 One of the rooms was inhabited by a particularly successful bum. 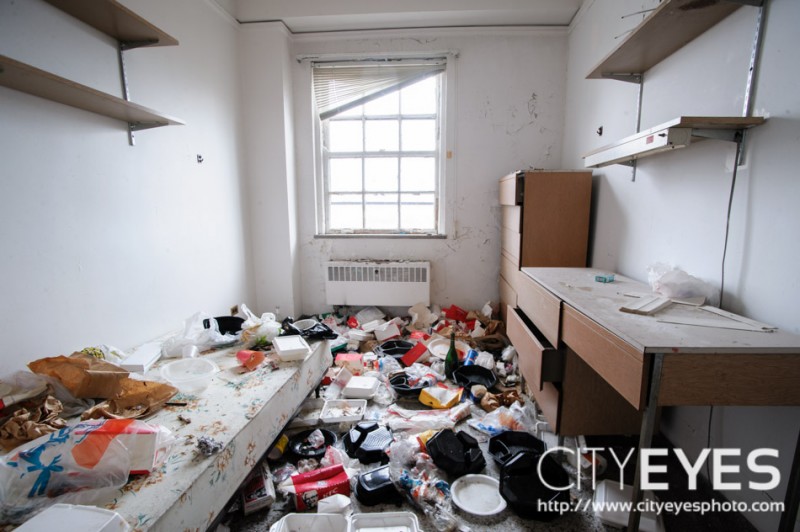 We wandered into an animal testing facility. Jordan was a bad monkey. 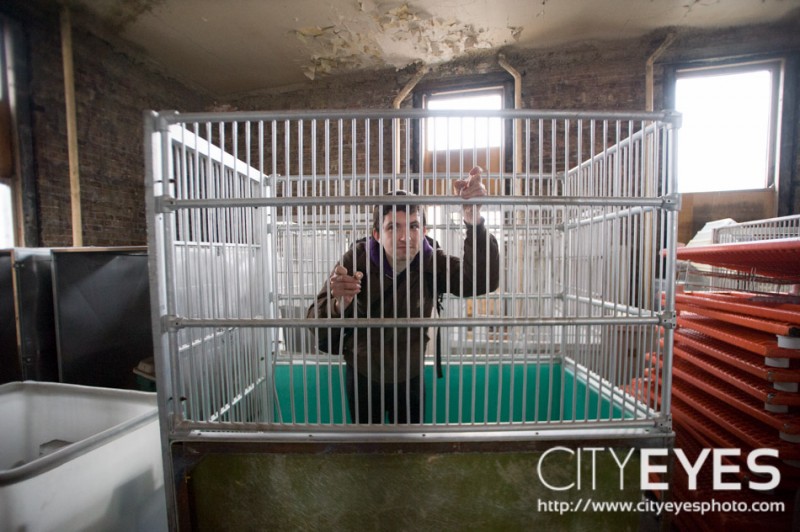 In the same area, they were storing all sorts of medical equipment: 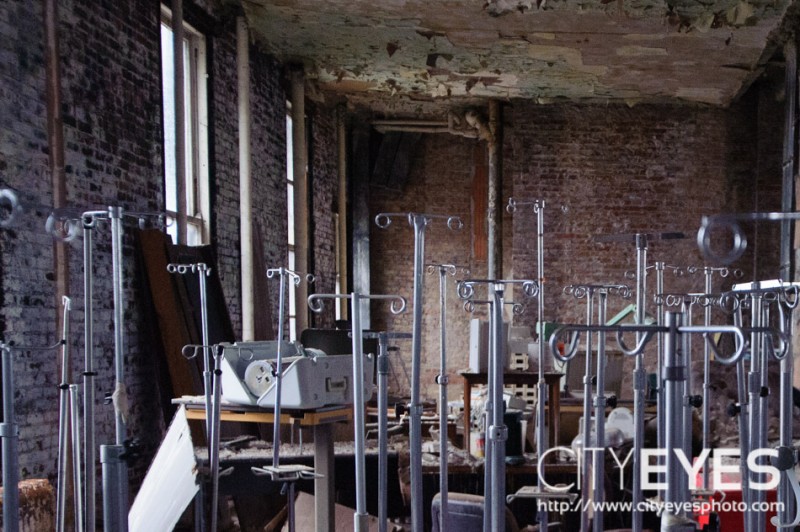 To see more of my abandoned photos, check out my main site: http://www.cityeyesphoto.com/index.php?x=browse&category=29 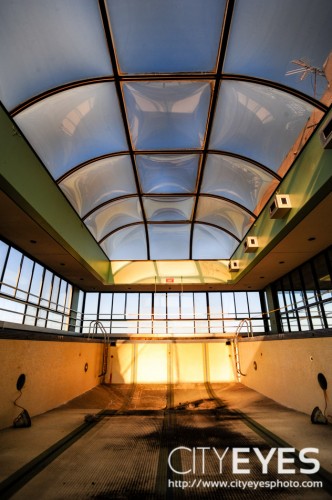 I spent my Sunday exploring an abandoned hospital. It was amazing.
The hospital closed due to malpractice – doctors were recommending unnecessary surgery and allowing patients to undergo operations that they didn’t need. Now, the hospital is a mildewy mess – the carpet squished beneath my feet with every step, tiles were curled up from the moisture, and the air was heavy with the smell of must.
We made our way into the building and found ourselves in the dark basement, murky water resting at the base of our feet.
First, our guide (A guy Jordan that I met through flickr, awesome guy, by the way), led us up to the top floor of the nurses residency building to the pool where we hung out for a bit. A skylight let the sun through and almost managed to light up the murky surroundings.

We made our way through the residency building. Every floor was pretty much the same, but I snapped a shot of one of the more furnished rooms. 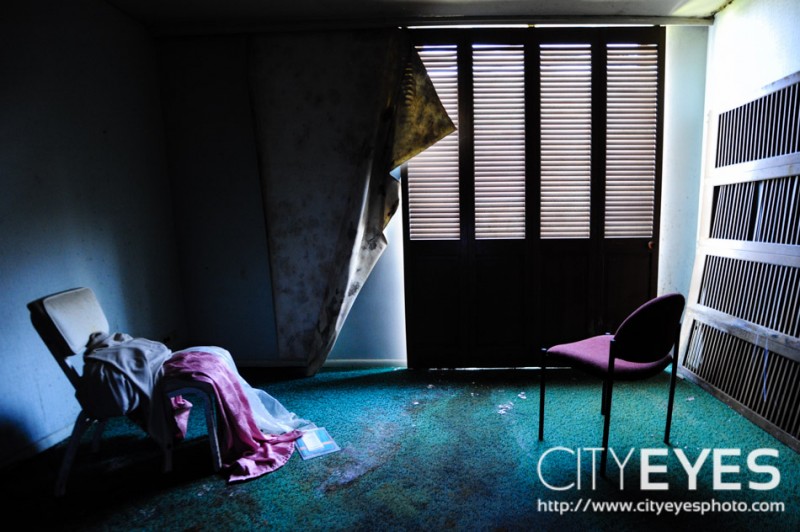 From there we made our way to the records room – a room literally bursting with rows of files and books. Books about autopsies, books about surgeries, files about people who were admitted and people who had died, microfilm, birth records. Everything. 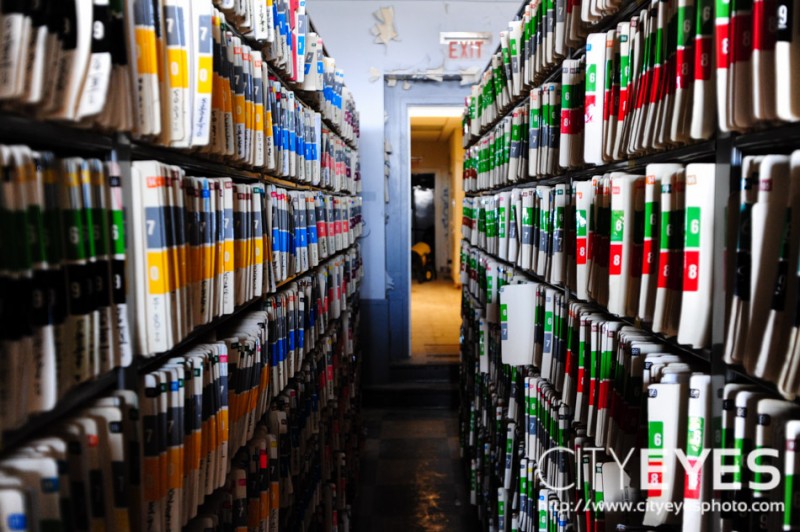 Various microscope slides were stored in small containers around the room: 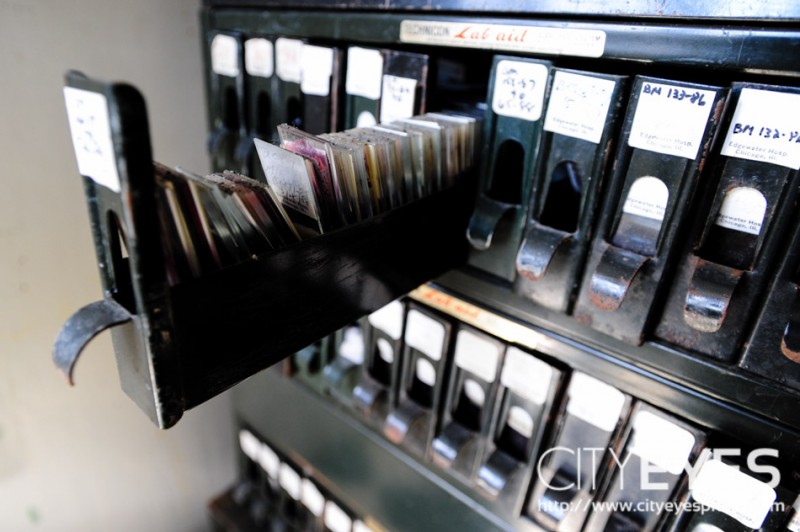 From here, we wandered:
We found a room covered in dust from a fire extinguisher: 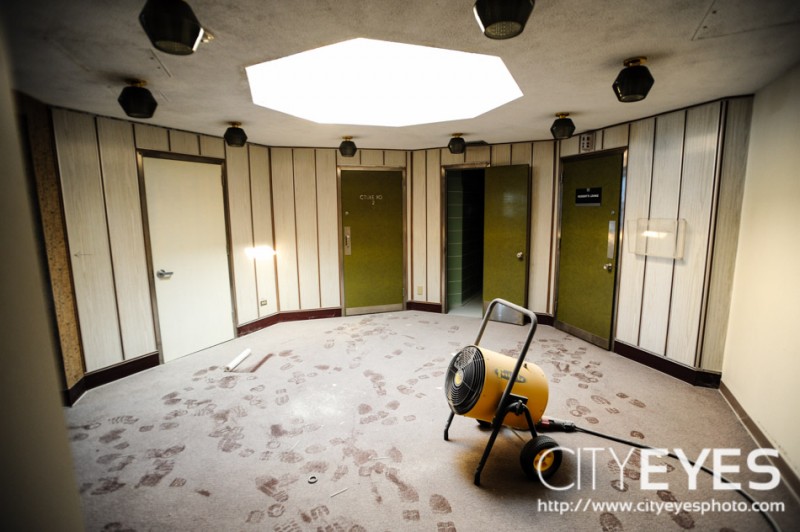 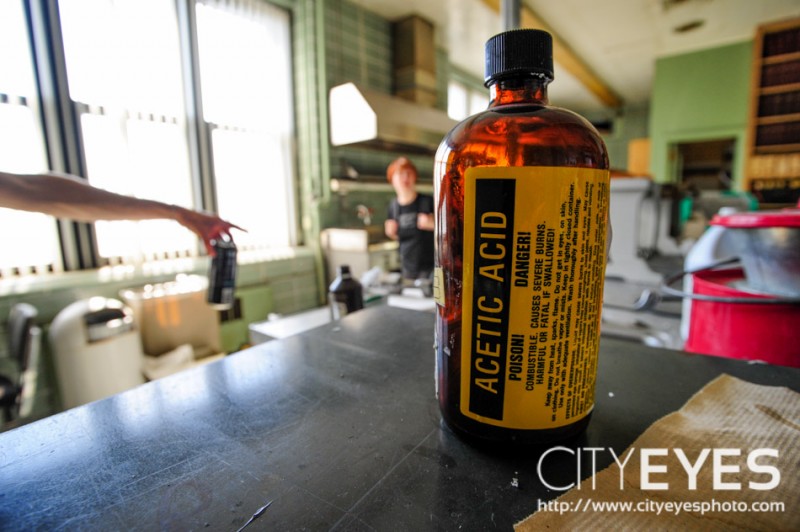 Until we had some fun. We found a hyperbaric chamber and a ton of scrubs, so we decided to screw around a bit. 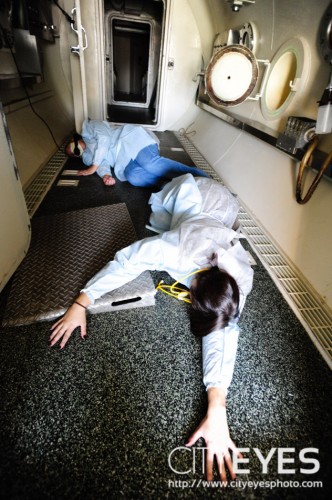