This post begins a series of blogs revisiting some of my favorite locations from the past – some demolished, some not.

To start off, I’ll be revisiting Dixie Square Mall – a mall built in 1966 along the Dixie Highway in Harvey, Illinois.

It was closed down due to low visitation in 1978 and then subsequently made famous in pop culture after being used in the Blues Brothers movie in 1980. From that point on, it was left to decay until its eventual demolition in 2012.

Upon entering, the decay was overwhelming. Probably one of the most wrecked places that I had ever entered. Despite the atmosphere, a few signs of what the mall once was stuck around in the form of destroyed signs and storefronts. 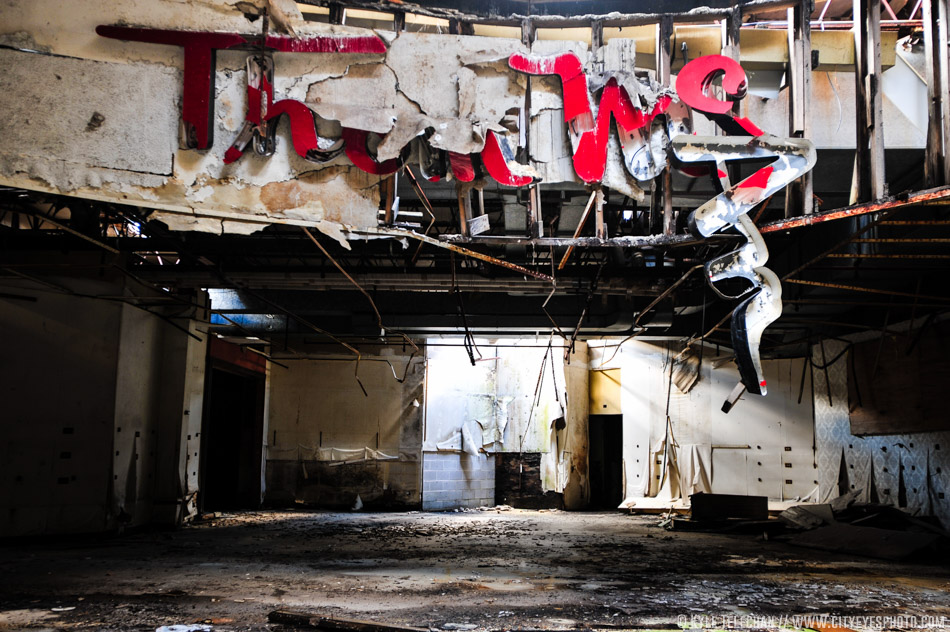 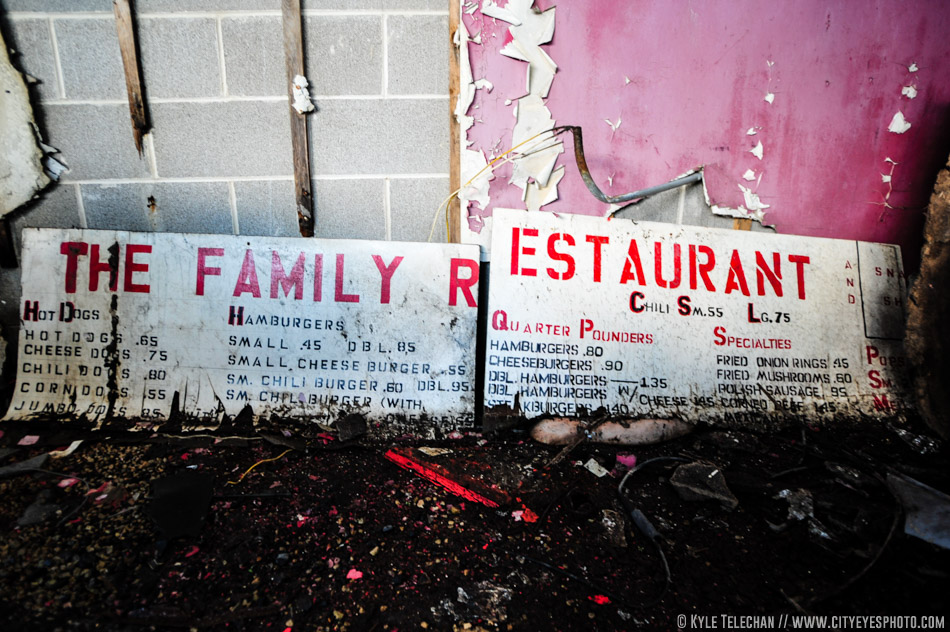 Many of the cheap walls separating areas are torn down or demolished, leaving only columns of brick, scraps of wood, grids of old aluminum, and fabric to separate one area from the next. 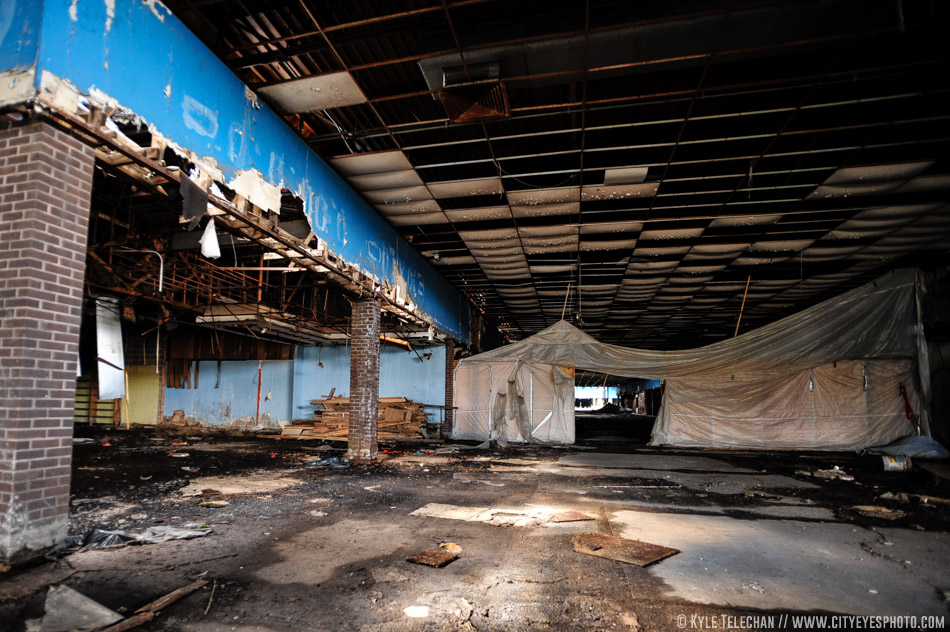 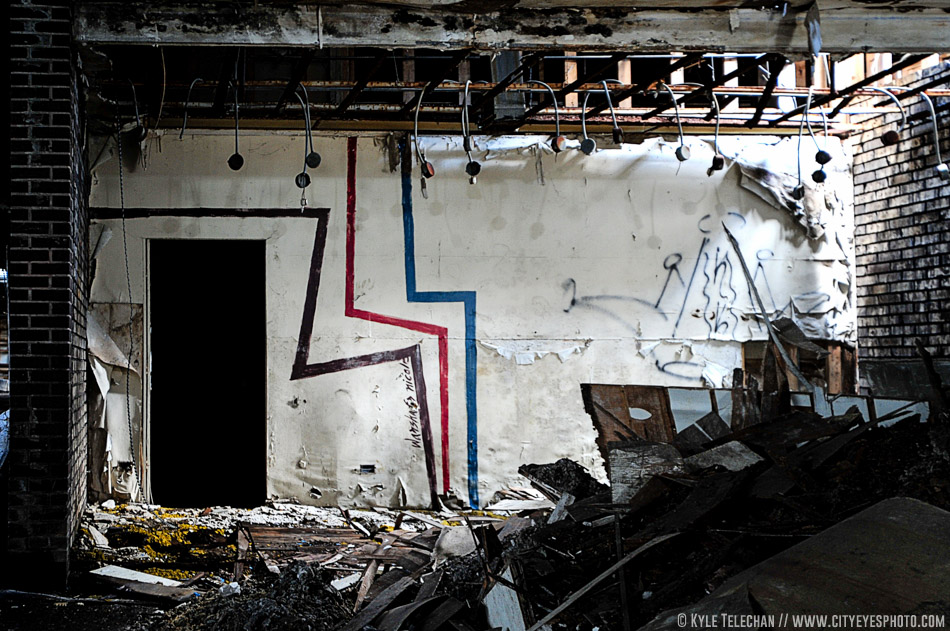 While exploring, my friends and I found a particularly interesting room, although we had no idea when we were actually taking the photos. Somehow, a hole atop this room turned the whole room into a camera obscura, projecting an image of the blue sky and fluffy clouds onto the floor of the dark room. 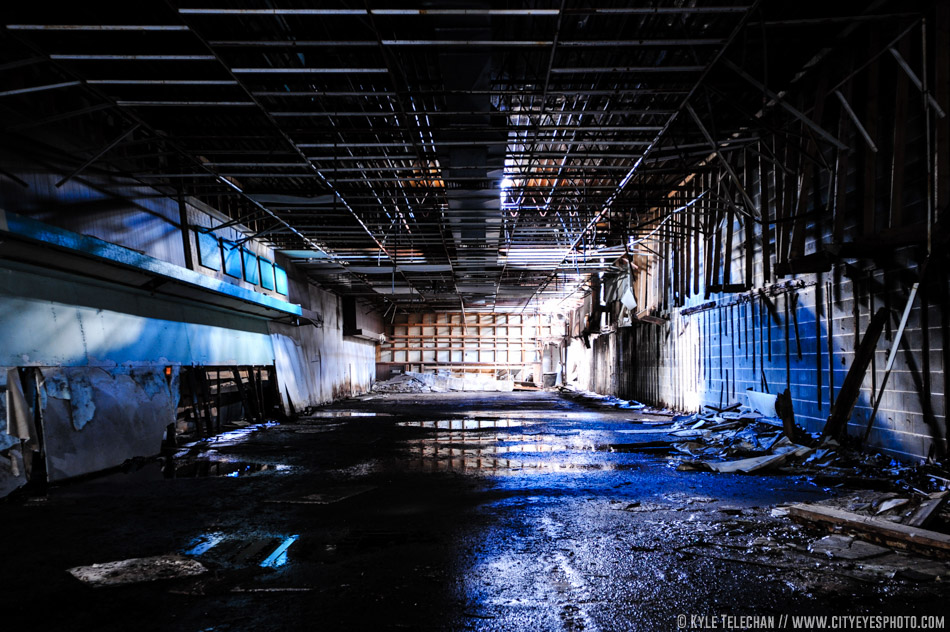 An escalator, once part of a bustling JC Penny, now stands silent. Water collecting at the bottom along with corroded metal steps made for a tricky climb. 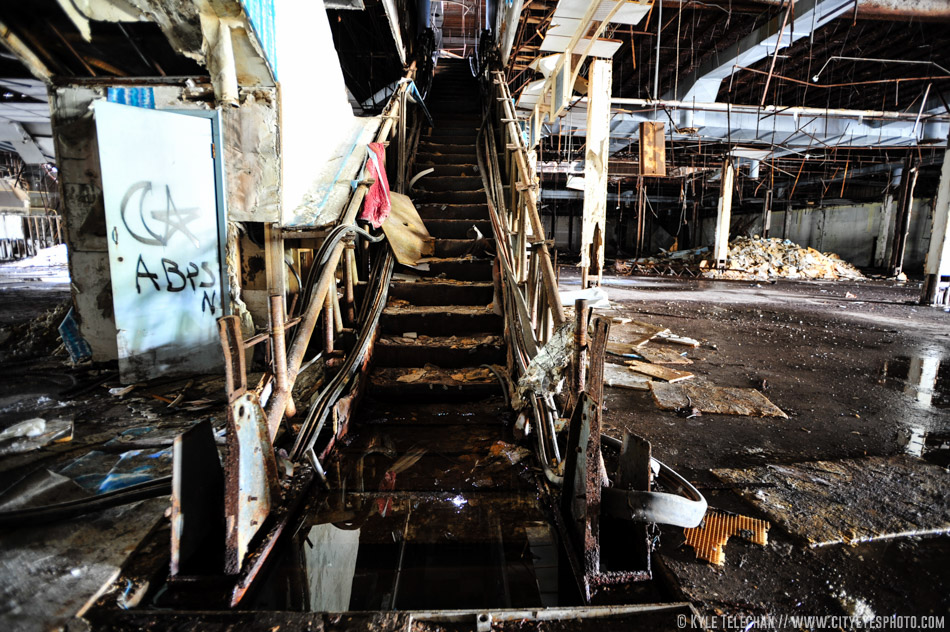 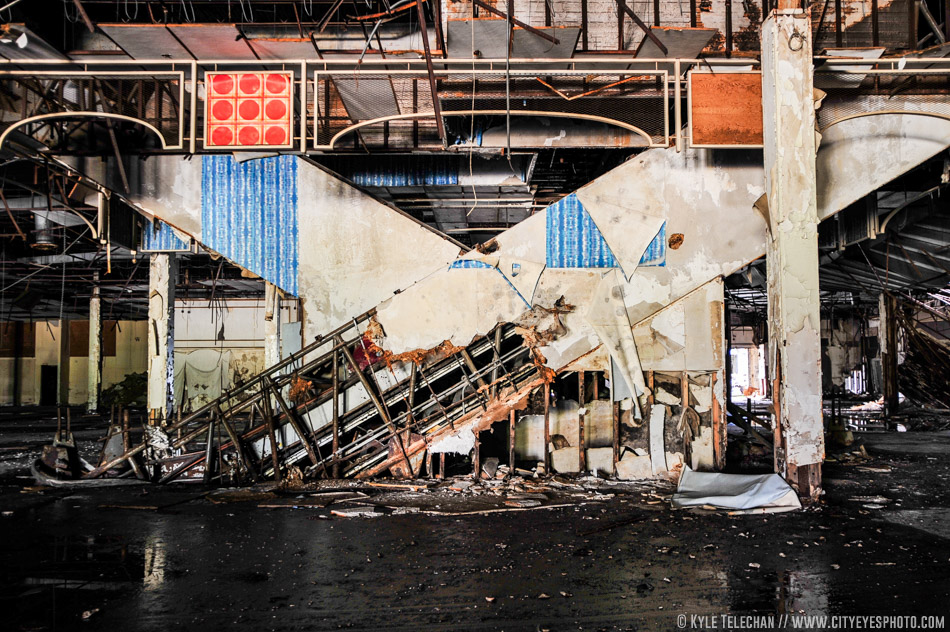 For some odd reason, the only physical remnants of the products sold in the mall exist in the form of a pile of toys in a single, caved-in room. I’m not sure if the rest had been cleaned up by the Blues Brothers crew, or taken as souvenir. 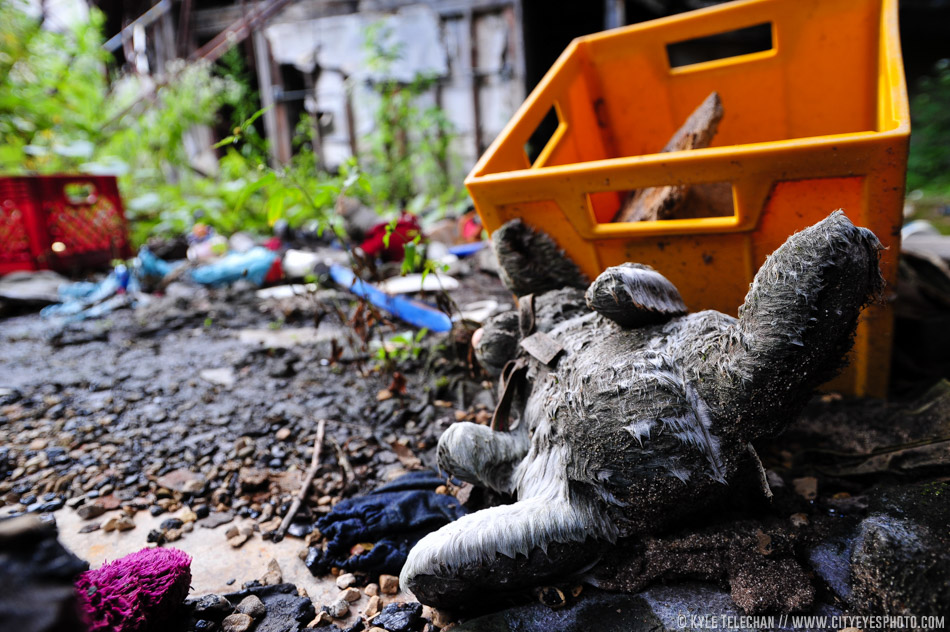 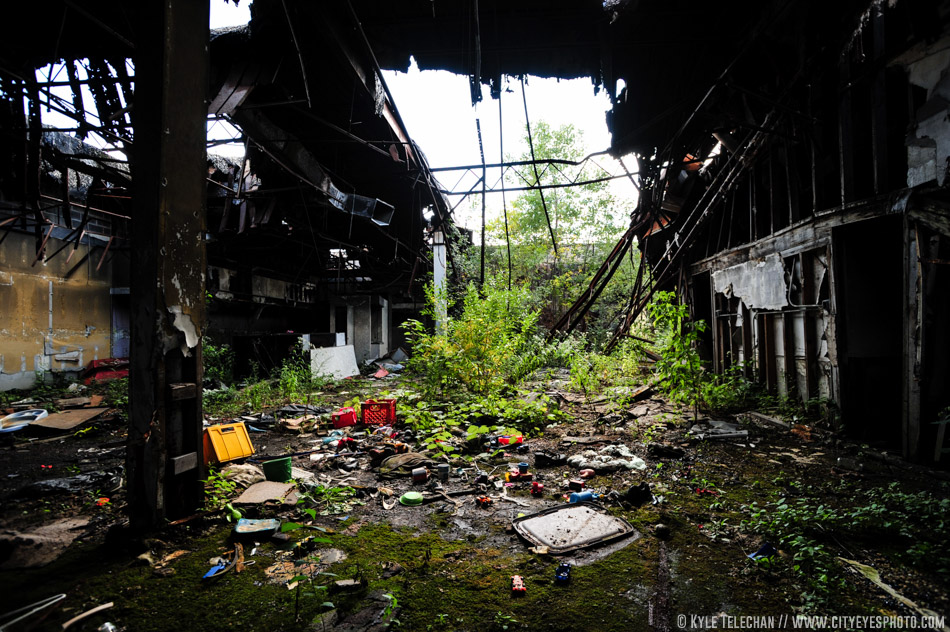 Although I hadn’t gone in with plans to do so, I inadvertently captured a few notable spots from the Blues Brothers movie. Two of my favorite photos from the location ended up featuring prominent signs and murals that were also seen in the famous chase scene. 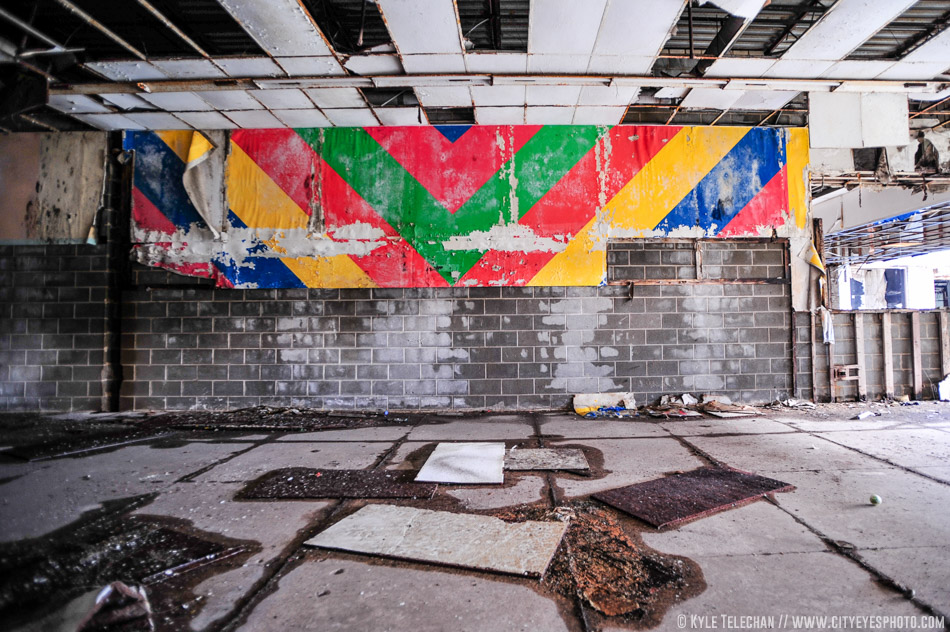 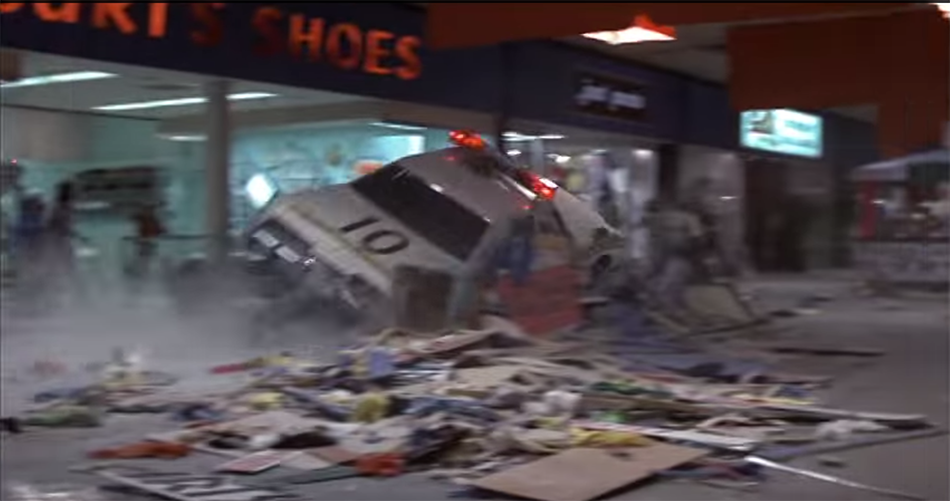 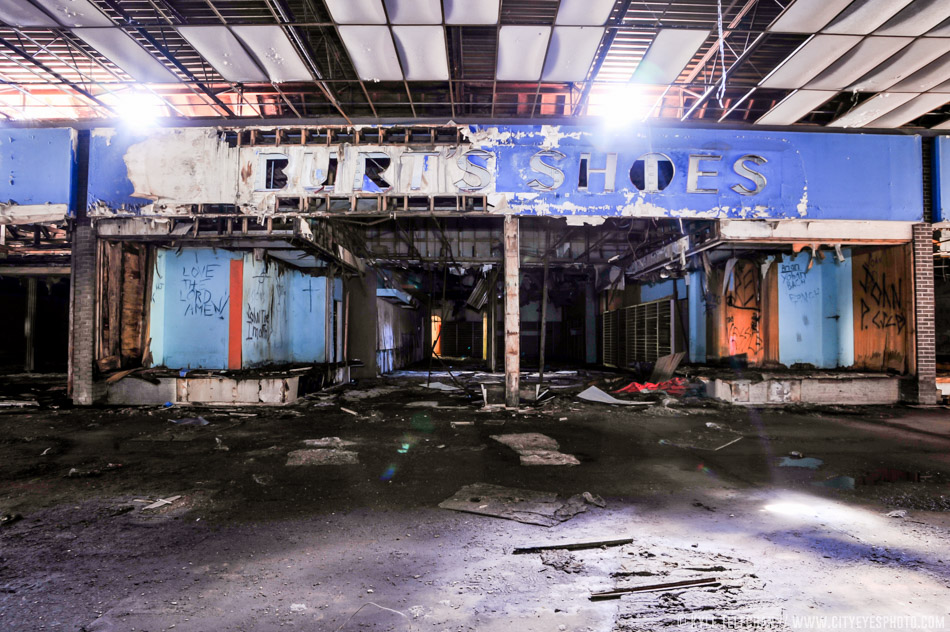 You can see the Blues Brothers clip here: