Equal dignity in the eyes of the law

I’m not really great with words, but I’ve been lucky enough to be able to cover and follow the fight for marriage equality in Indiana and the US. In light of today’s celebration, I’ve decided to post a variety of shots of events that have impacted me in some way. 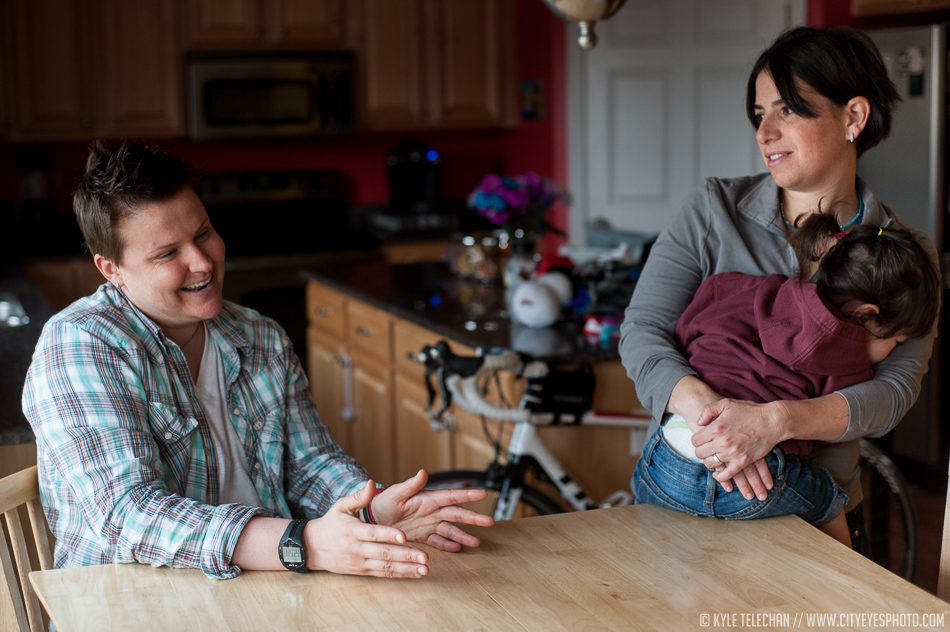 Munster resident Niki Quasney speaks about her experiences with BRCA1, her prophylactic mastectomy, and her ongoing battle with ovarian cancer as her partner Amy Sandler and daughter Asher stand nearby. Niki unfortunately passed in early 2015, but her and her partner’s fight for marriage equality certainly impacted Indiana and the US. 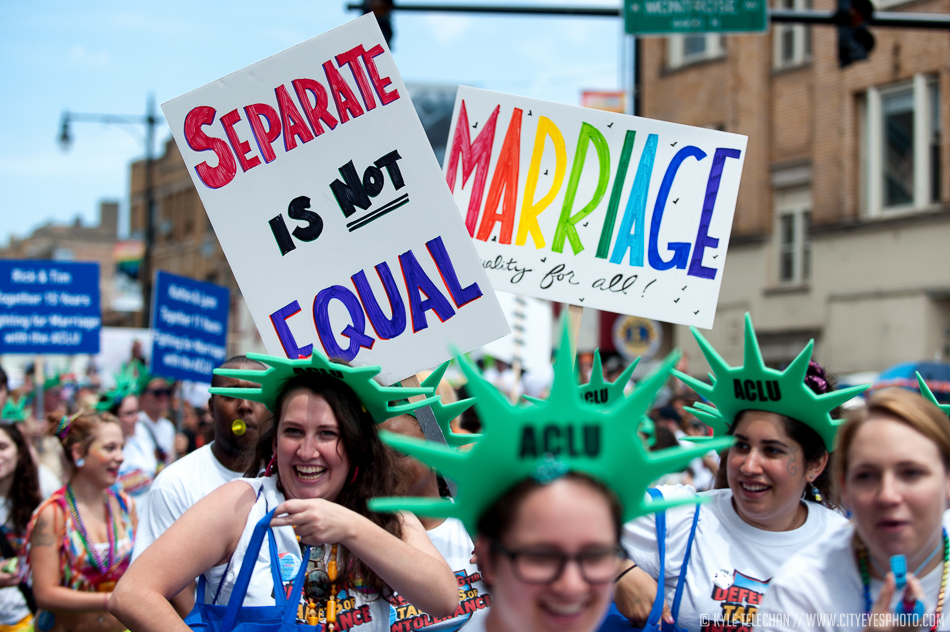 2012 was an exciting year for equality – President Obama had declared his support for same-sex marriage only a month before the 2012 pride parade in Chicago, and later in the year, it was legalized by vote in Washington, Maine, and Maryland. 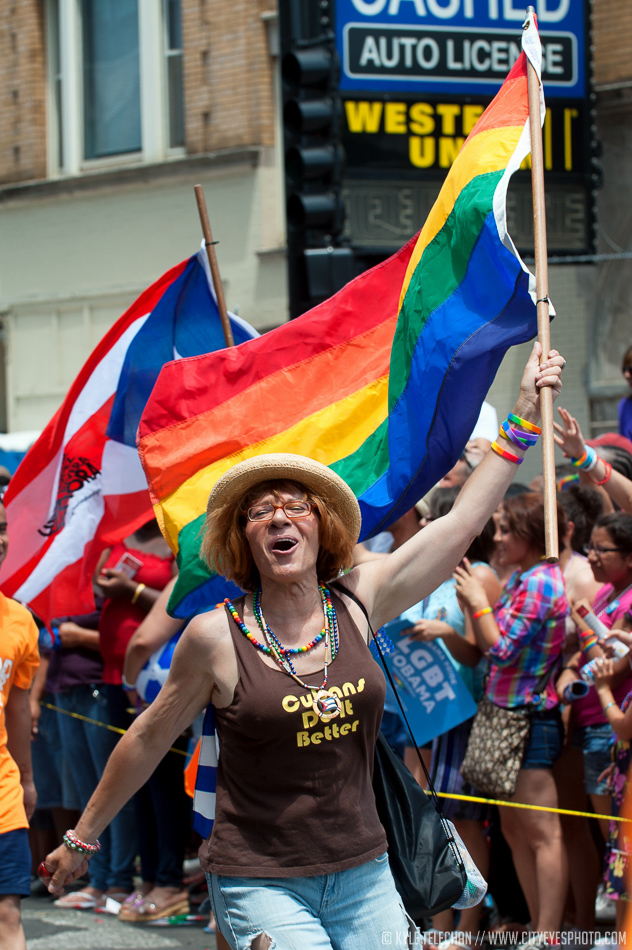 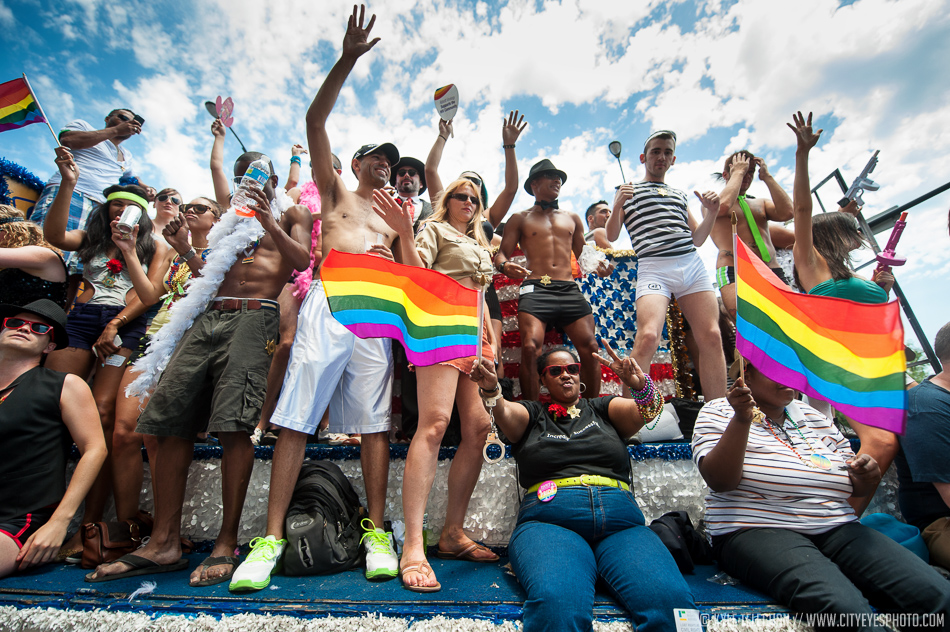 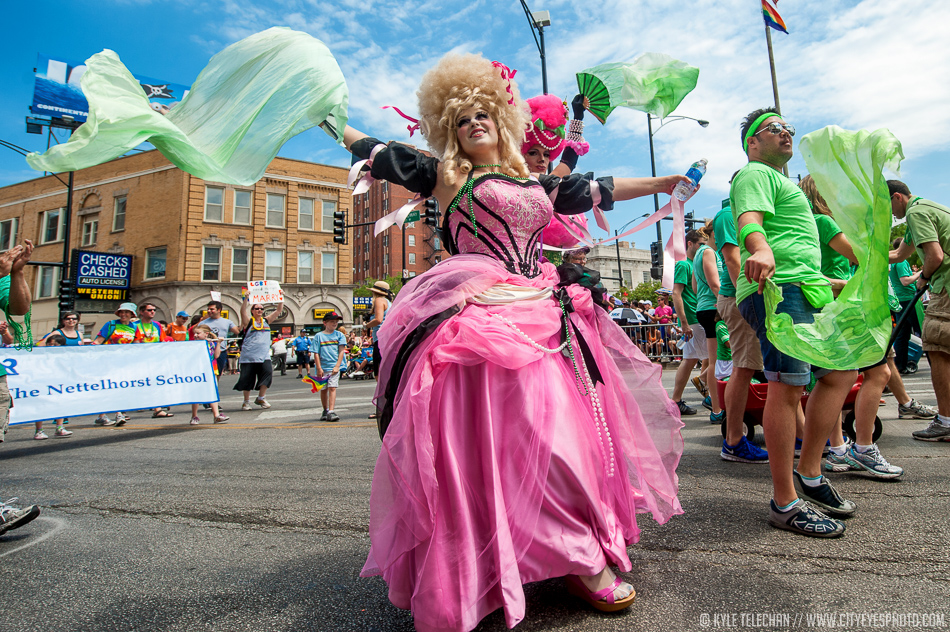 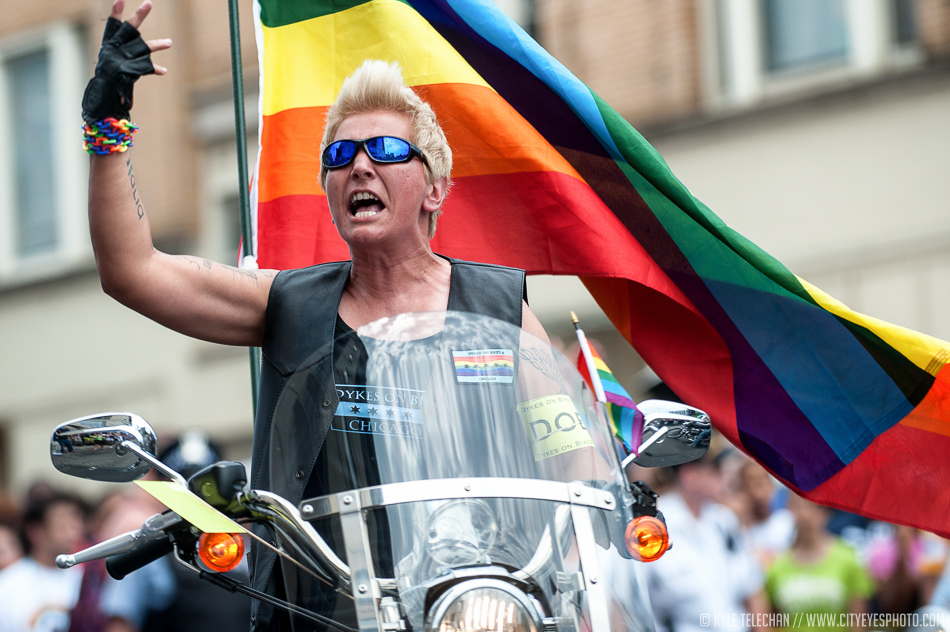 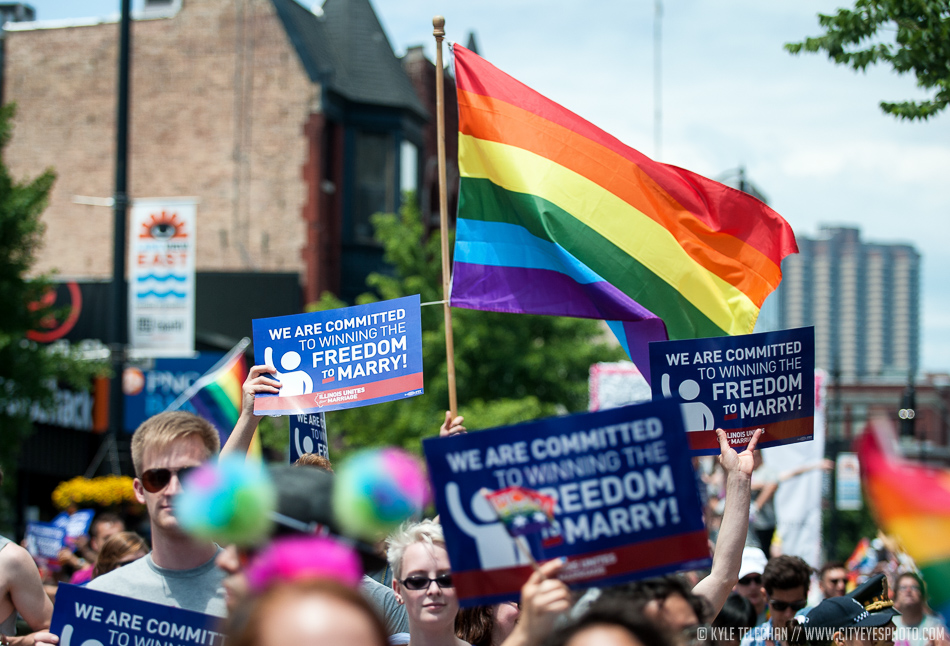 2013 was a huge year for gay rights and the pride parade reflected that. The Supreme Court of the US had struck down DOMA just a day before the parade and the mood of the celebration reflected that. 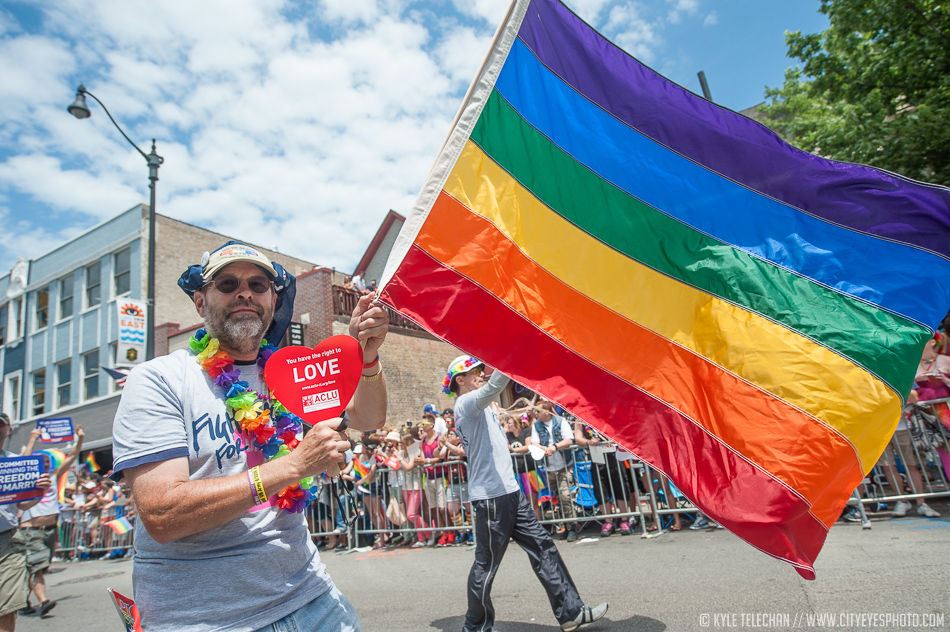 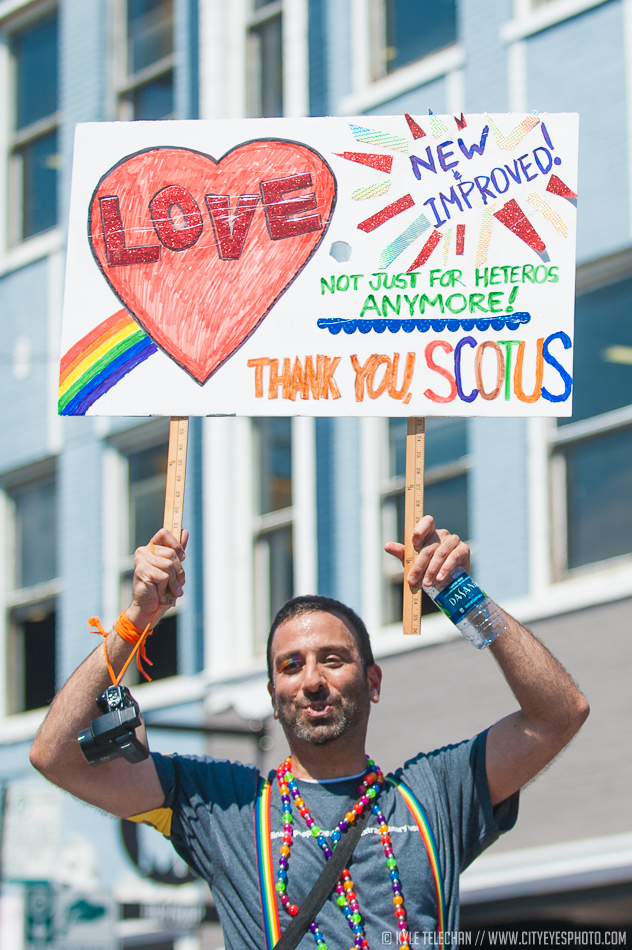 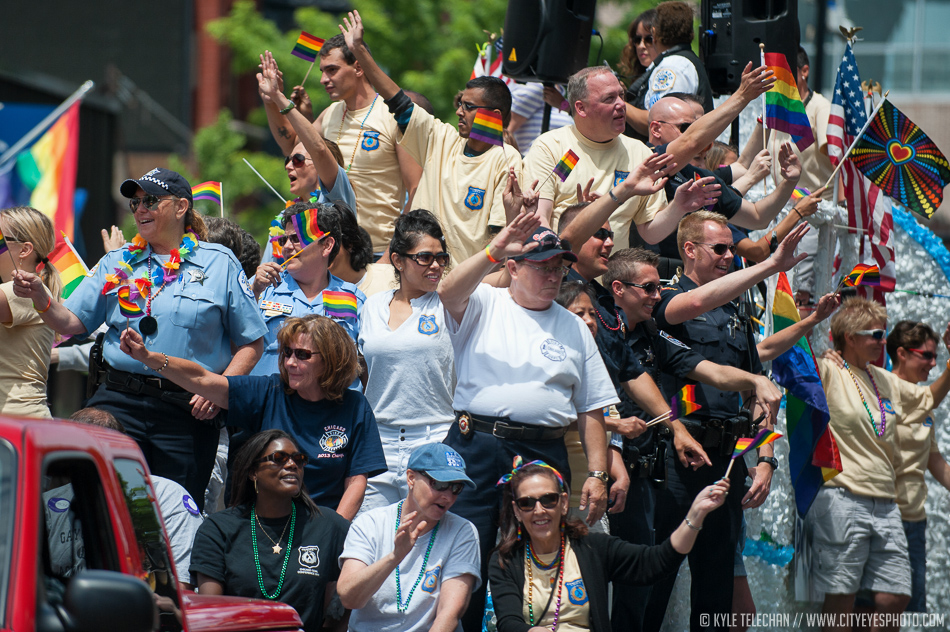 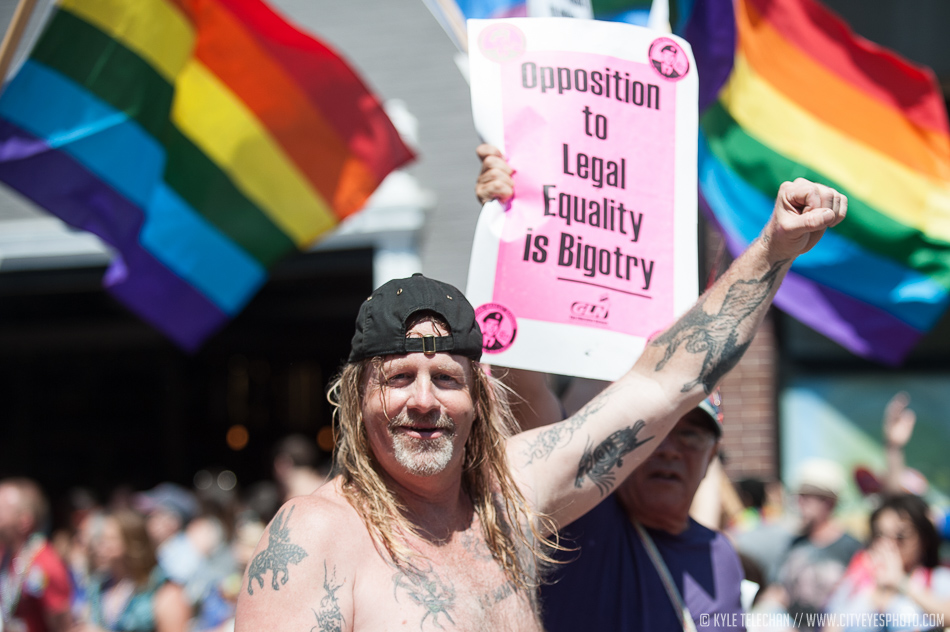 Newlywed couple Eric Evans, holding son Sawyer, on left, and Adam White look at each other after becoming the first gay couple to wed in Lake County on June 25, 2014 after a federal judge struck down Indiana’s ban on gay marriage. Many marriages were put into limbo after an emergency stay on the judgement was approved. 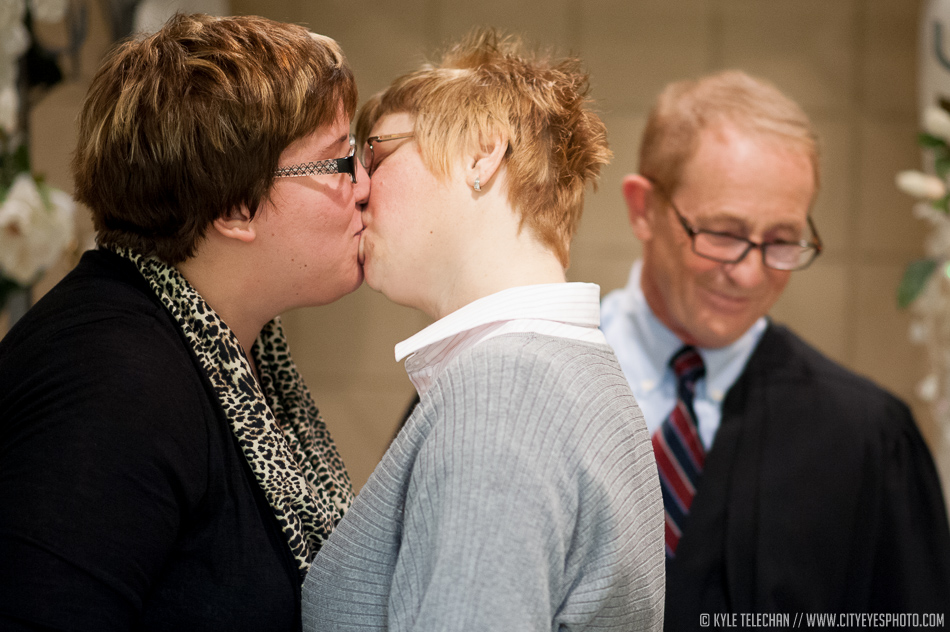 Hobart couple Michelle Davies, on left, and Tonya Richards kiss as Lake Superior Court judge John Pera stands near after performing their marriage ceremony on October 7, 2014 at the Lake County Clerk’s office, a day after the state’s appeal was declined. 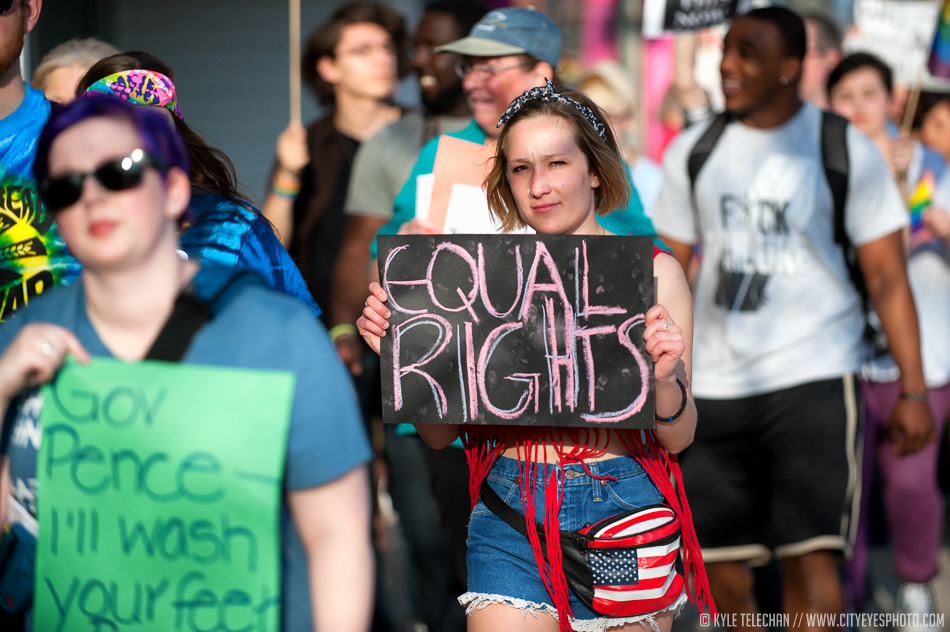 Hundreds showed up to a march in Valparaiso protesting the passing of Indiana’s Religious Freedom Restoration Act in March 2015. 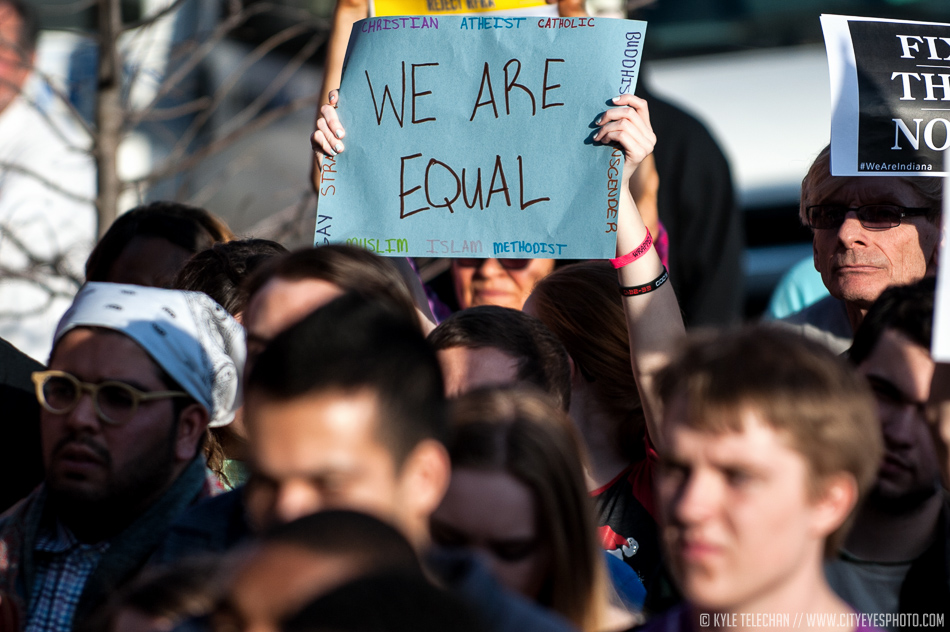 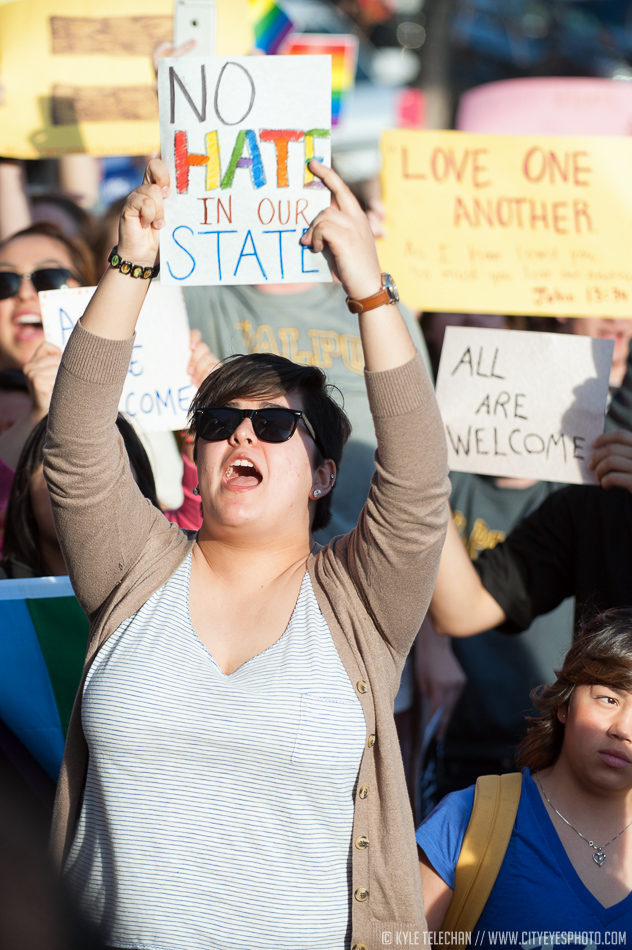 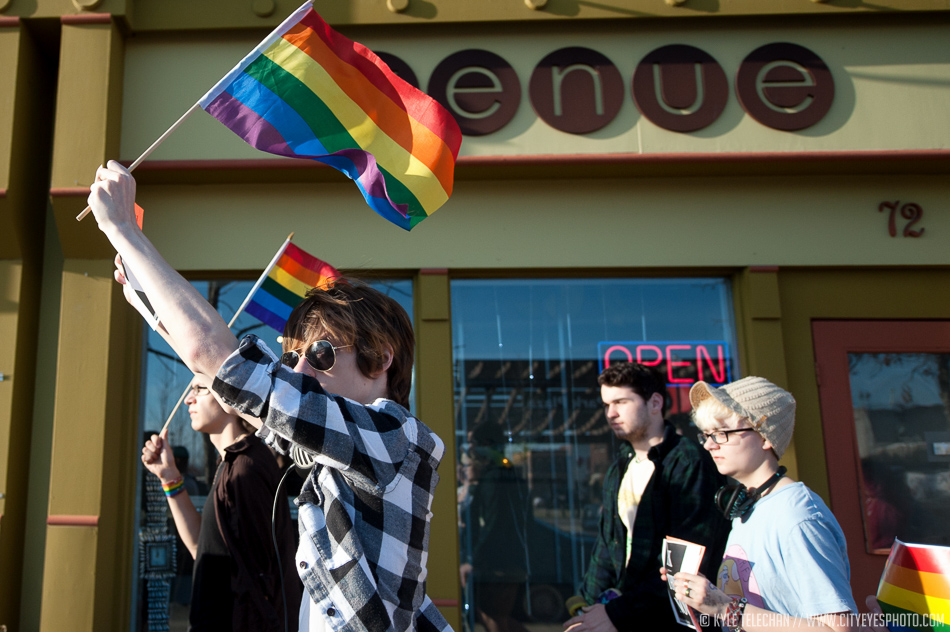 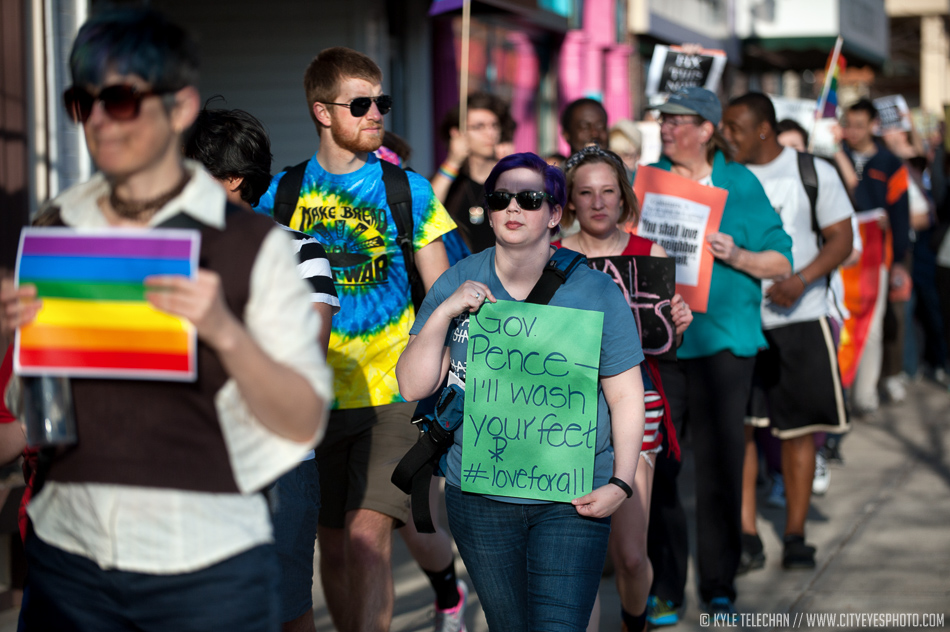 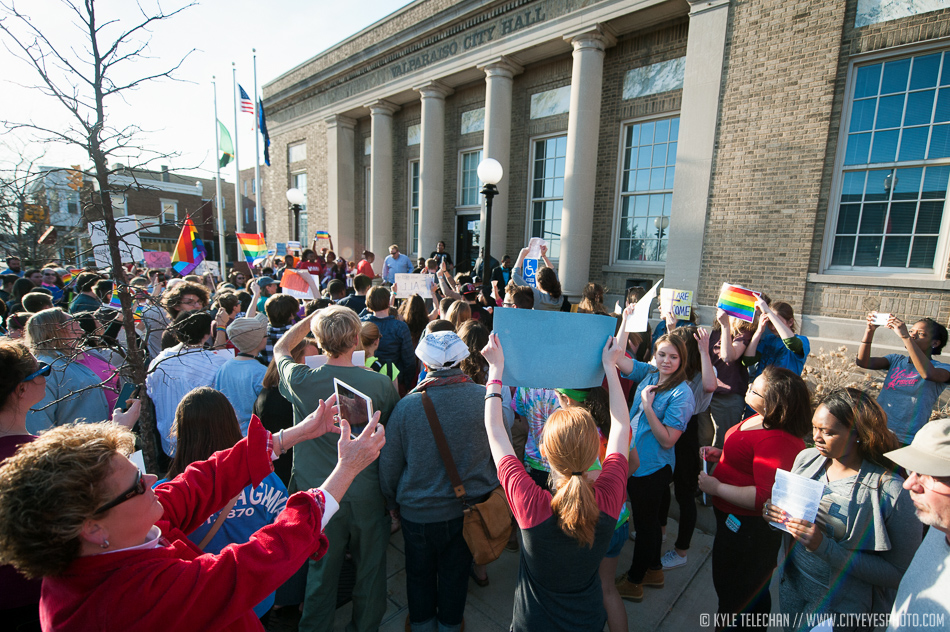 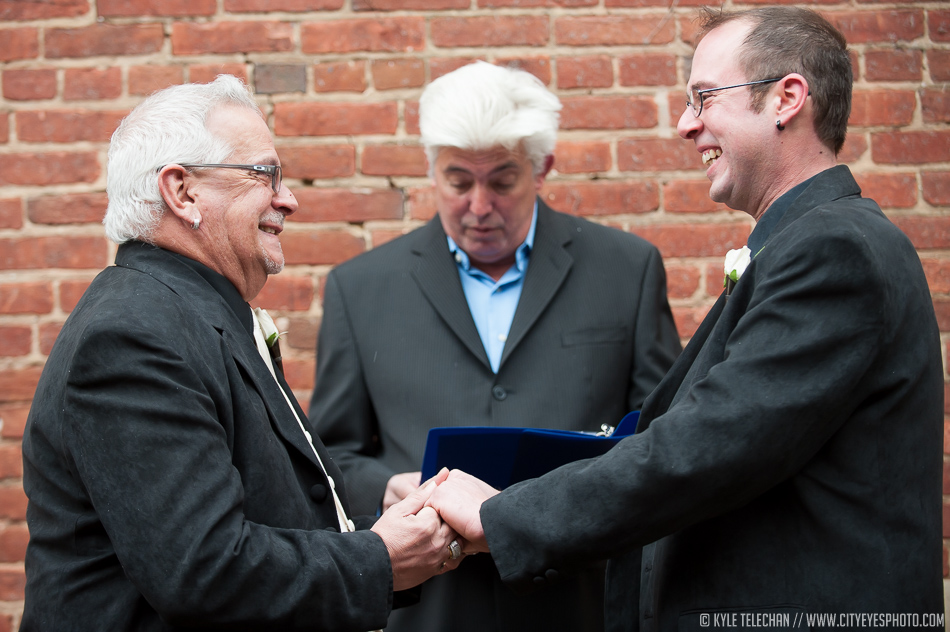 Partners Bobby, on left, and Nicky Stavitzke-Samar smile at each other as Jim Bilow pronounces them married during their wedding ceremony in downtown Crown Point.

Today I was lucky enough to take a few photos of a celebration in Portage, but I’m not able to share those photos just yet. Stay tuned.