This year, over the course of covering the returning Gary Air Show, I had the incredible opportunity to go up with the Lima Lima Flight Team for a media flight.

Pilot Mark D. Miller started my ride by familiarizing me with the intricacies of parachute and plane-escape measures. I was fitted tightly with a parachute harness and told, in depth, what I’d have to do if he called mayday during our flight: pretty much pop the hatch and dive toward the wing headfirst.

From there, he loaded me into the plane and we taxied to the runway. 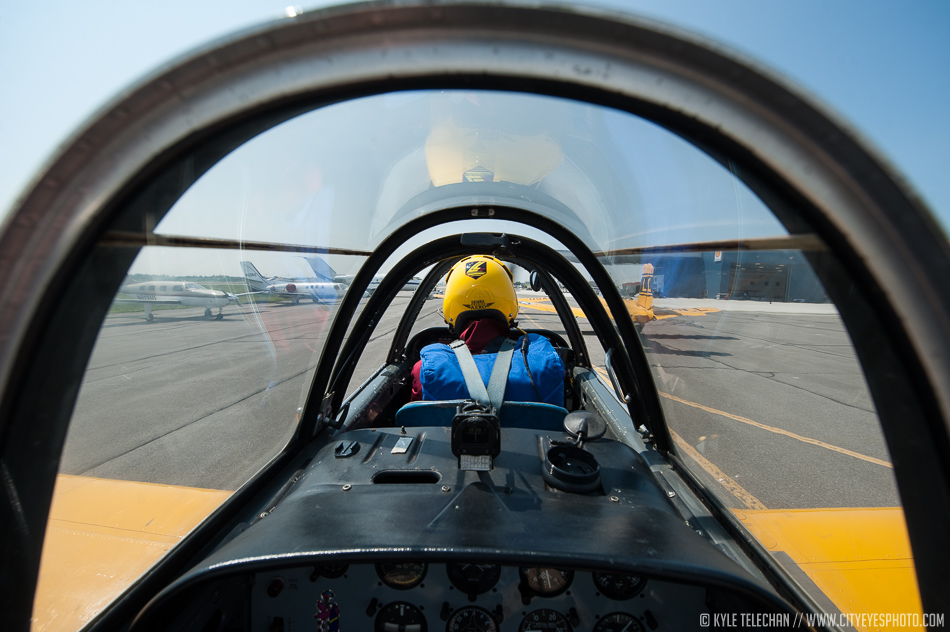 From takeoff, we flitted over the refineries of the region toward the showbox at Miller Beach, where the team would be performing later that week. 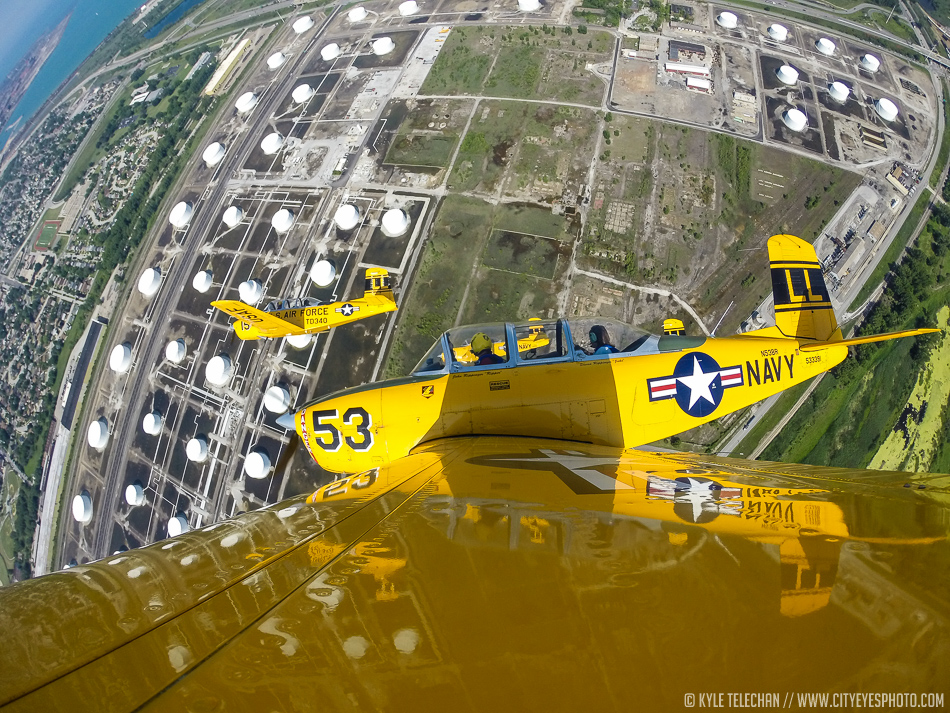 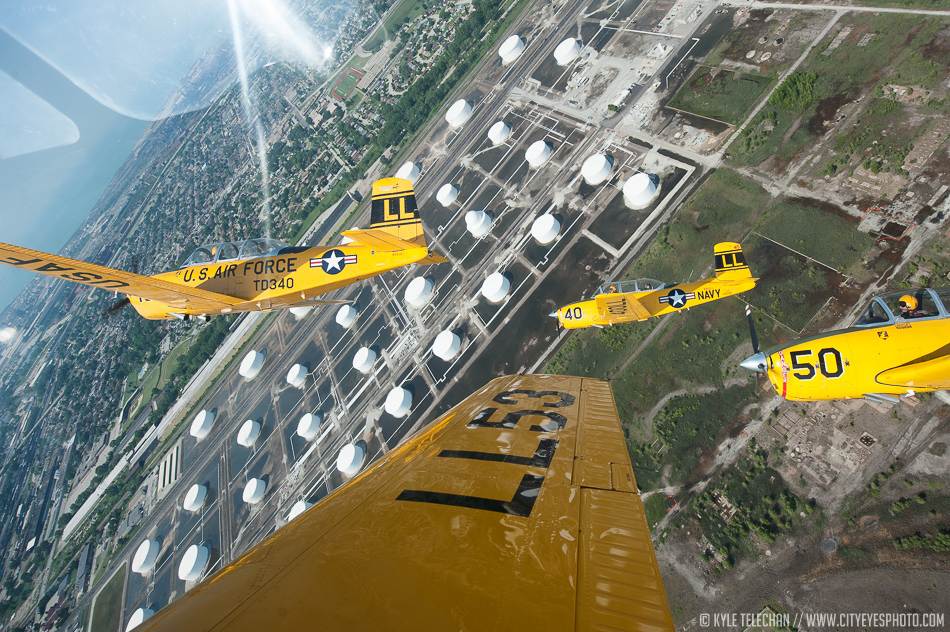 It was unreal, how close and stable the flight formation was. I’d look out toward the wing, and there would be two to three other planes, depending on the formation, all hovering on level with us, seemingly motionless. Quite a feat given the maneuvers the pilots were pulling. 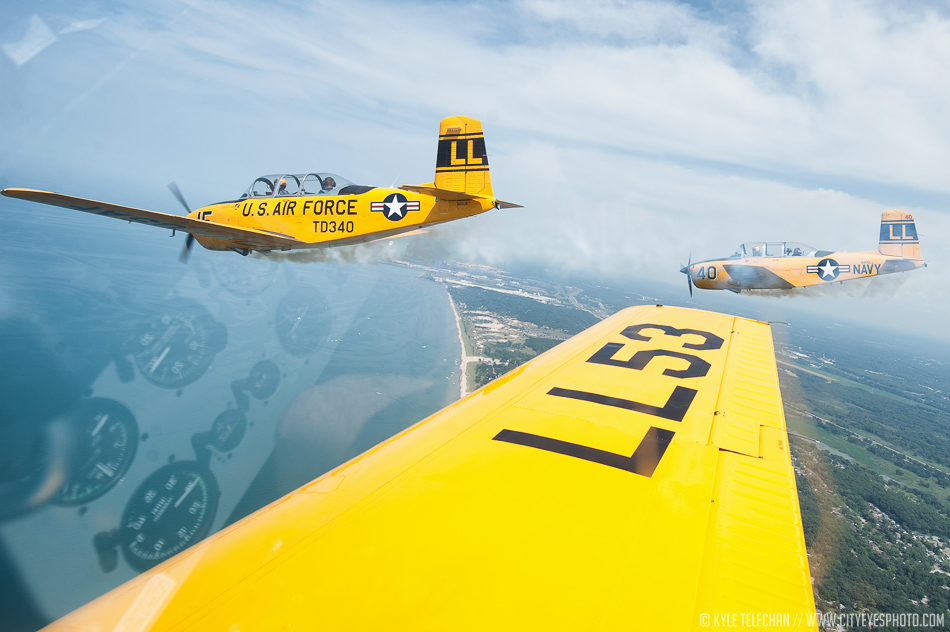 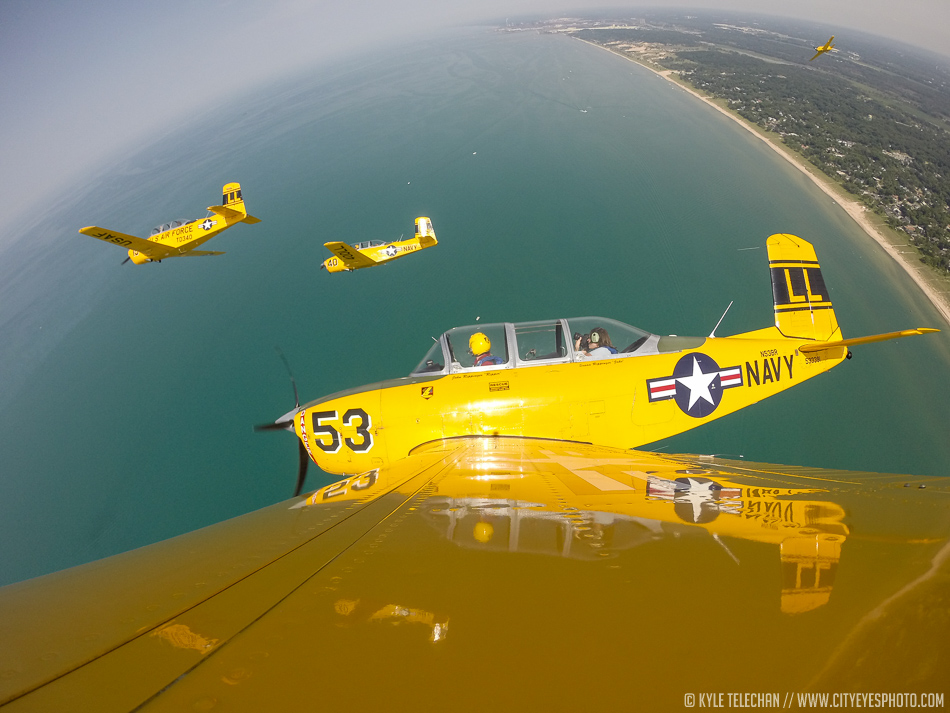 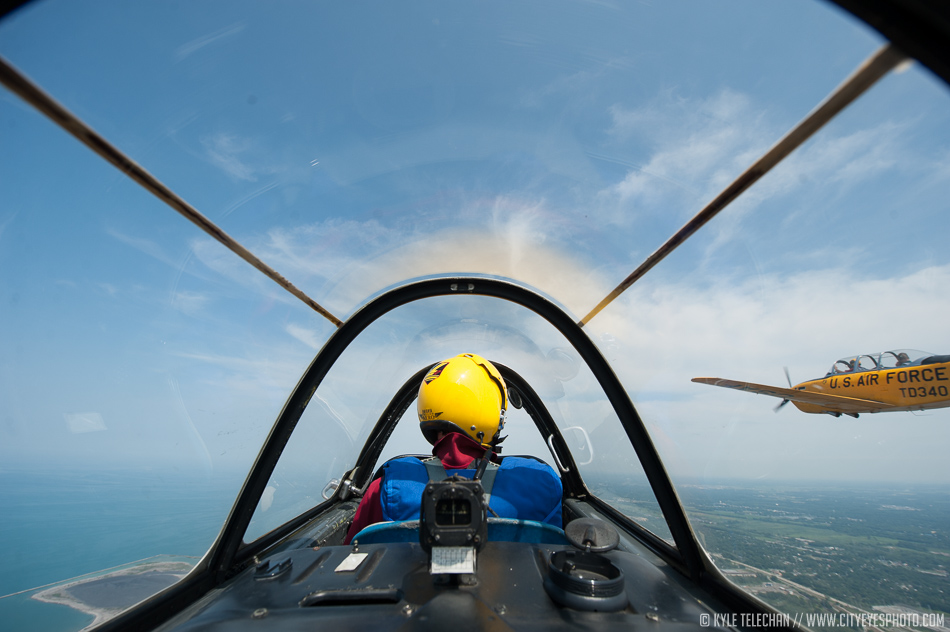 After a minute or so of level flight, I heard the pilots speaking over my headset. “One go”, and the furthest plane from me broke into a dive; “Two go”, closer this time; “three go”, it was just us now – I didn’t even hear the pilot I was flying with as the front of the plane pitched down to gain speed for a corkscrew. My camera became heavy in my hands as we hit the bottom of the dive and then, as suddenly as we had started descending, the blue-green waters of Lake Michigan replaced my view of the sky above me. 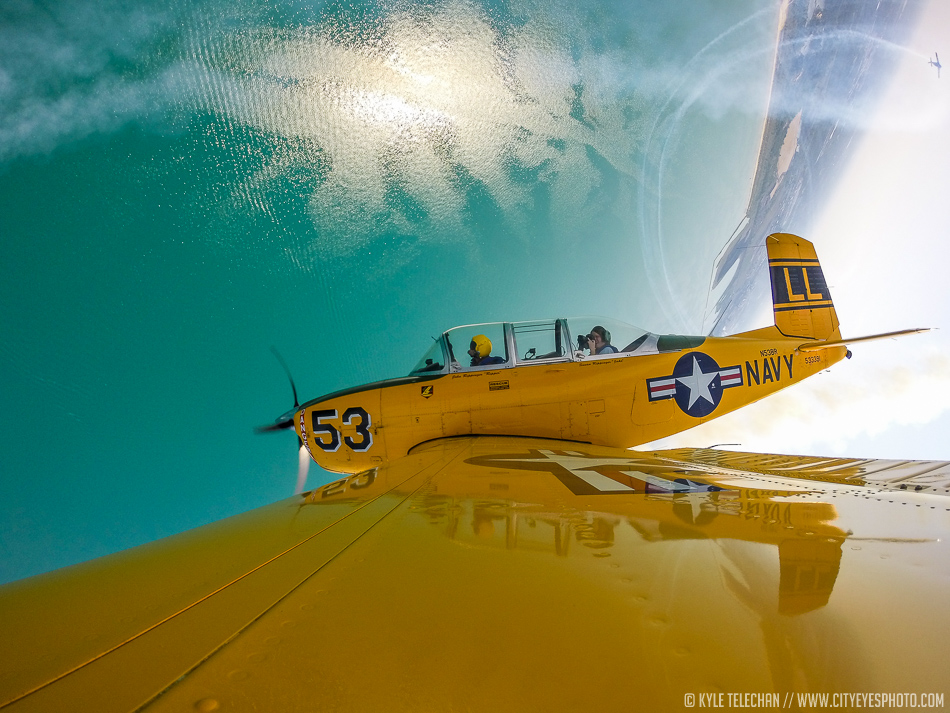 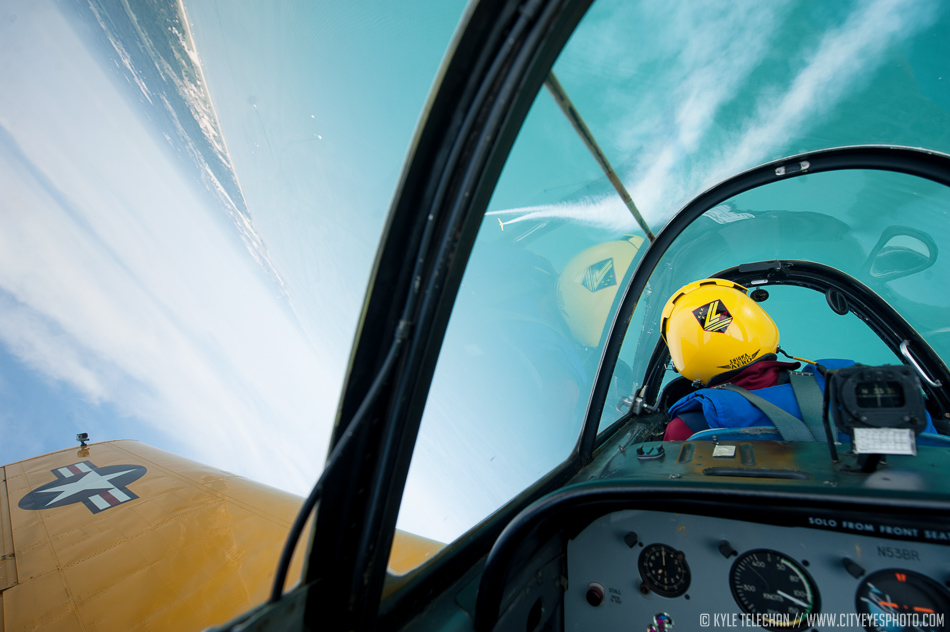 As quickly as the first dive started, it was over and we were heading back to the airport. I’m so glad I had the opportunity to go up with the crew and I hope I’m able to do the same next year when the air show returns. 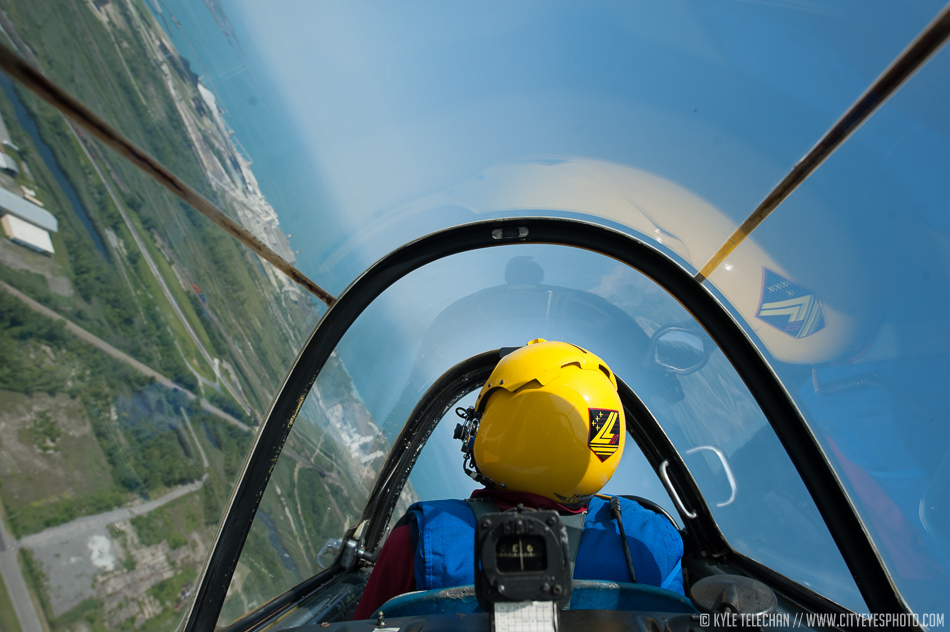 Over the next few days, I’ll be playing catch-up, so expect a few more snippets from my air show adventures.