Elise and I were able to hit a new place a week or so ago – an old steel warehouse, soon to be public park, with an interesting story behind it.

The building, once owned by a steel company, was donated to the city park department instead of paying a fee for an environmental violation.

Once used to store steel on a large scale, the warehouse is now completely empty apart from a few buildings and electrical equipment. 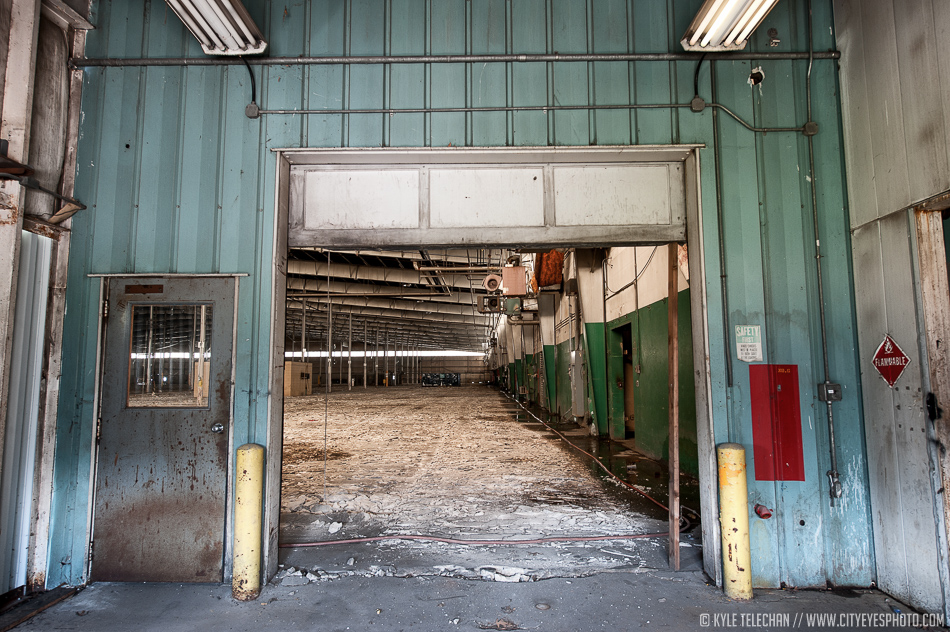 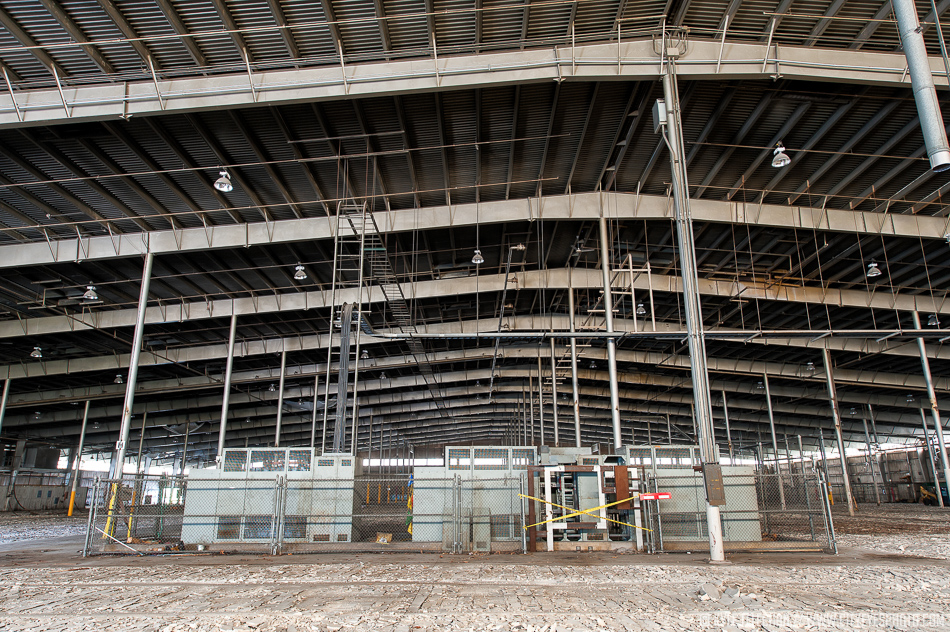 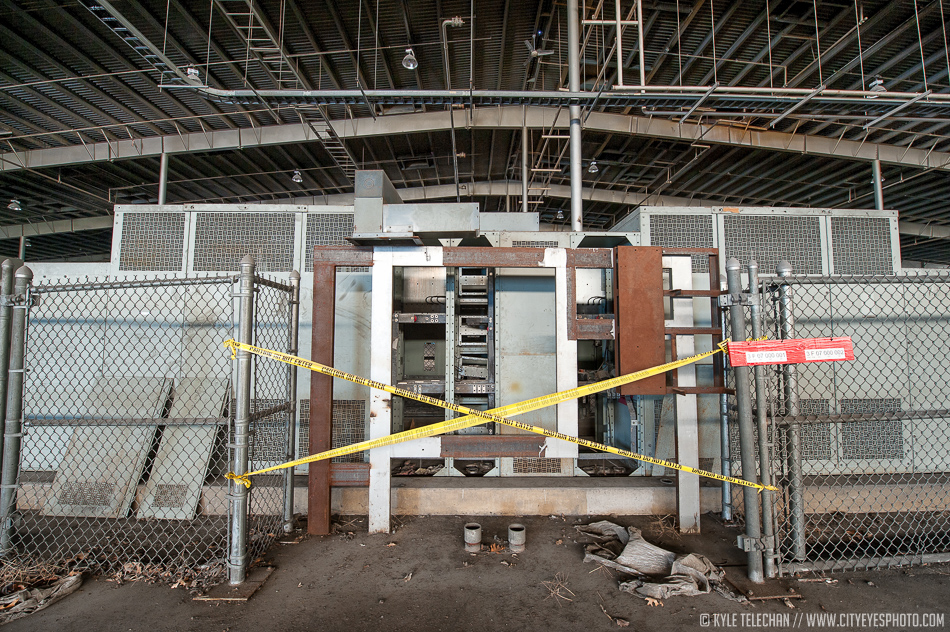 The cement is difficult to walk over because it’s in the process of being pulverized for use in a dune rebuilding project. 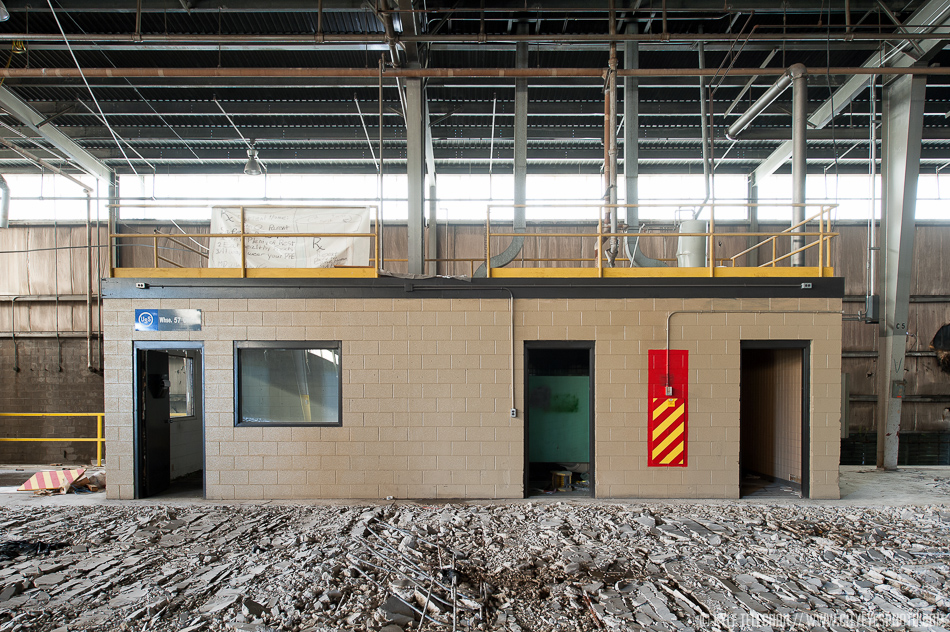 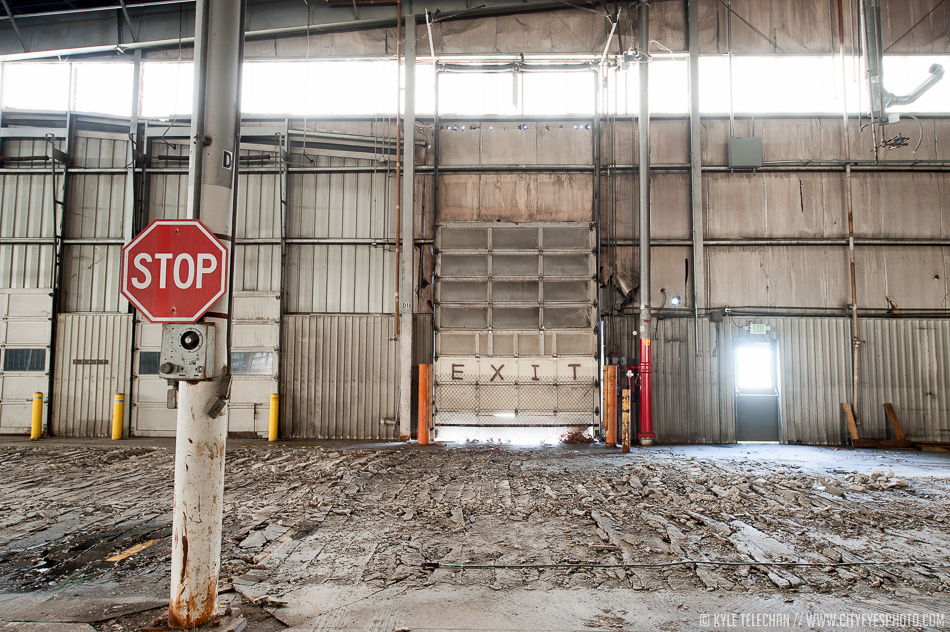 Remnants of the work done here remain, but not many. Most of what used to be here has been gutted and cleared for final demolition. 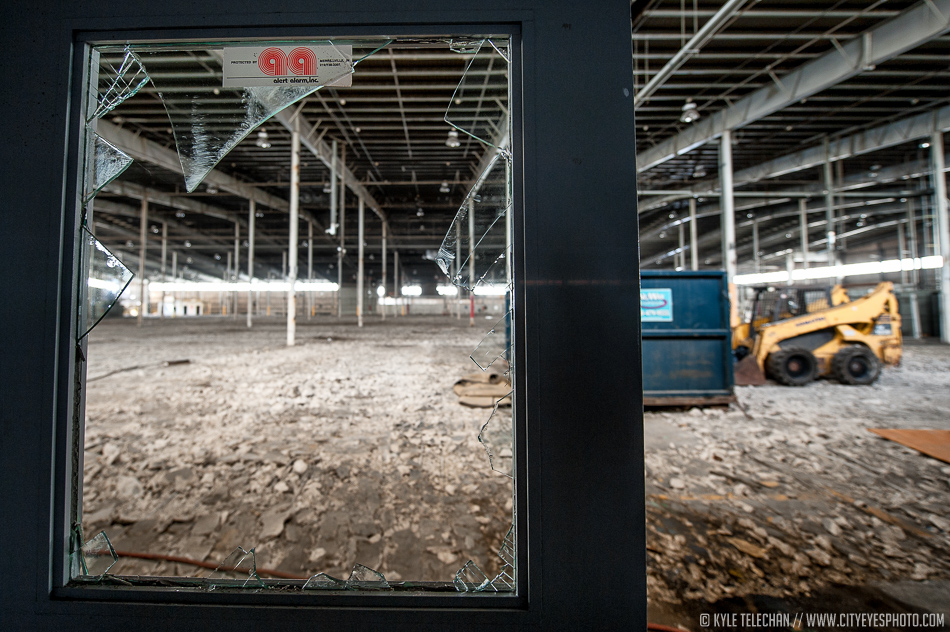 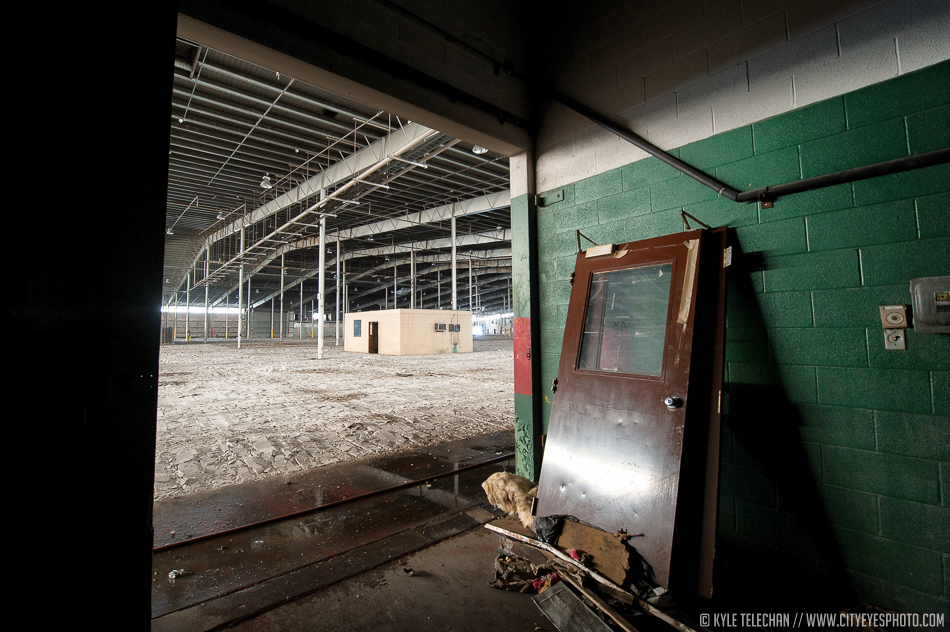 The only real evidence activity comes in sporadic writings on the wall. Some pillars have graffiti, a banner hangs above an administration building, and a calendar hangs from the year the storage facility was closed, with a simple “goodbye” written in permanent marker nearby. 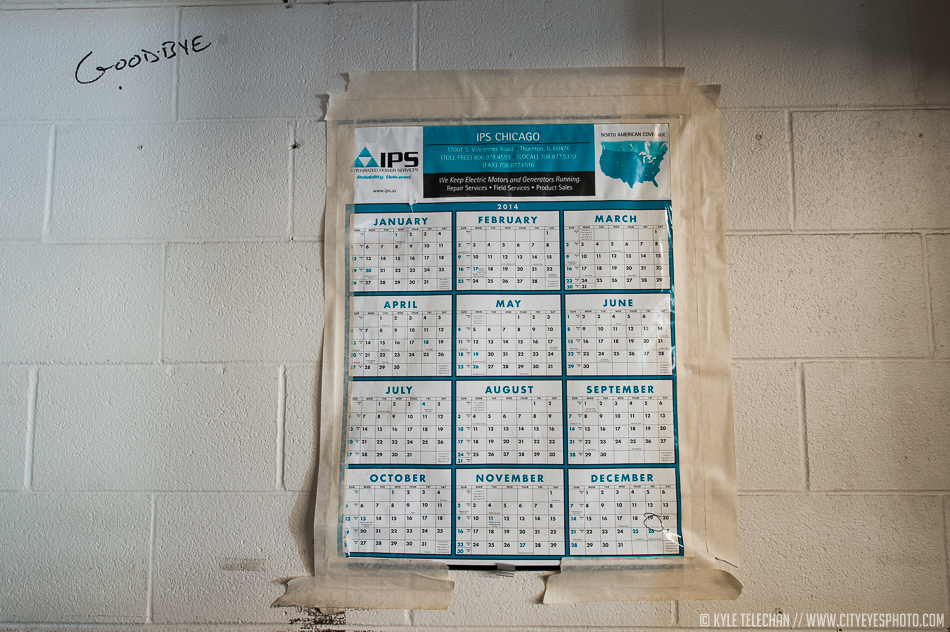 Update: This building, Warehouse 57 in Portage, is now mostly demolished – making way for an expansion to the city’s Lakefront and River Walk. Here’s a photo of the progress I took a few weeks ago: 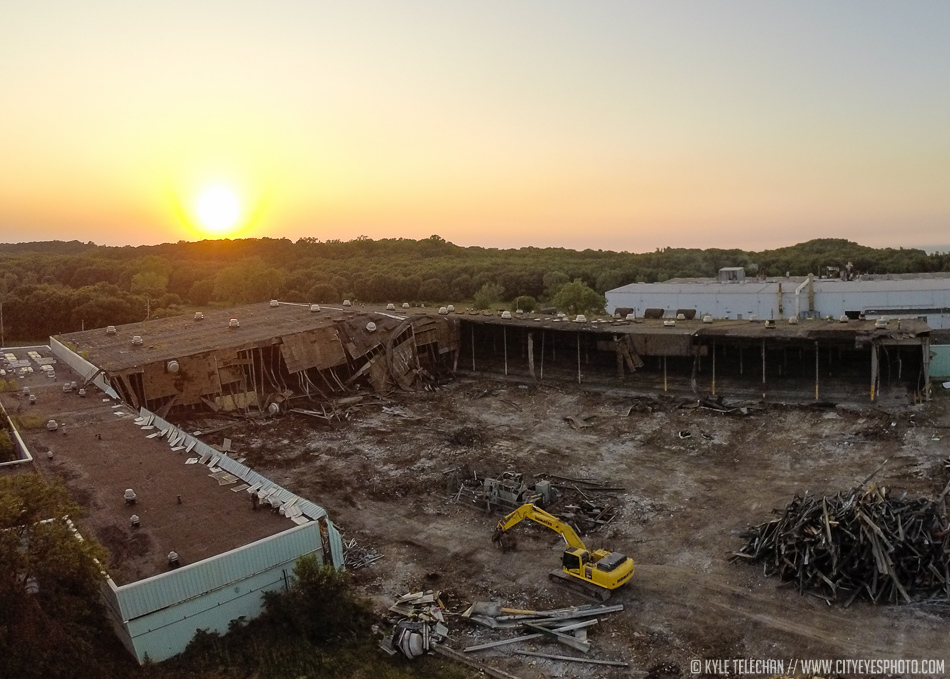